The United States Capitol is under siege by Trump Supporters

A US Capitol Police officer directed "all outside units" on the morning of January 6 to only monitor for anti-Trump agitators "who want to start a fight," not any "pro-Trump in the crowd," according to the findings of a newly revealed internal investigation.

Should be brought up on charges
Reactions: Scandalust313, Bender Rodriguez, Mr.LV and 2 others A political operative who was behind robocalls urging Trump supporters to march to the Capitol on the day of the...
talkingpointsmemo.com

'We Are Not A Match': Alleged Capitol Insurrectionist Turned In By Person On Dating App

A man who allegedly participated in the Capitol insurrection on Jan. 6 was turned in to the feds by a...
talkingpointsmemo.com 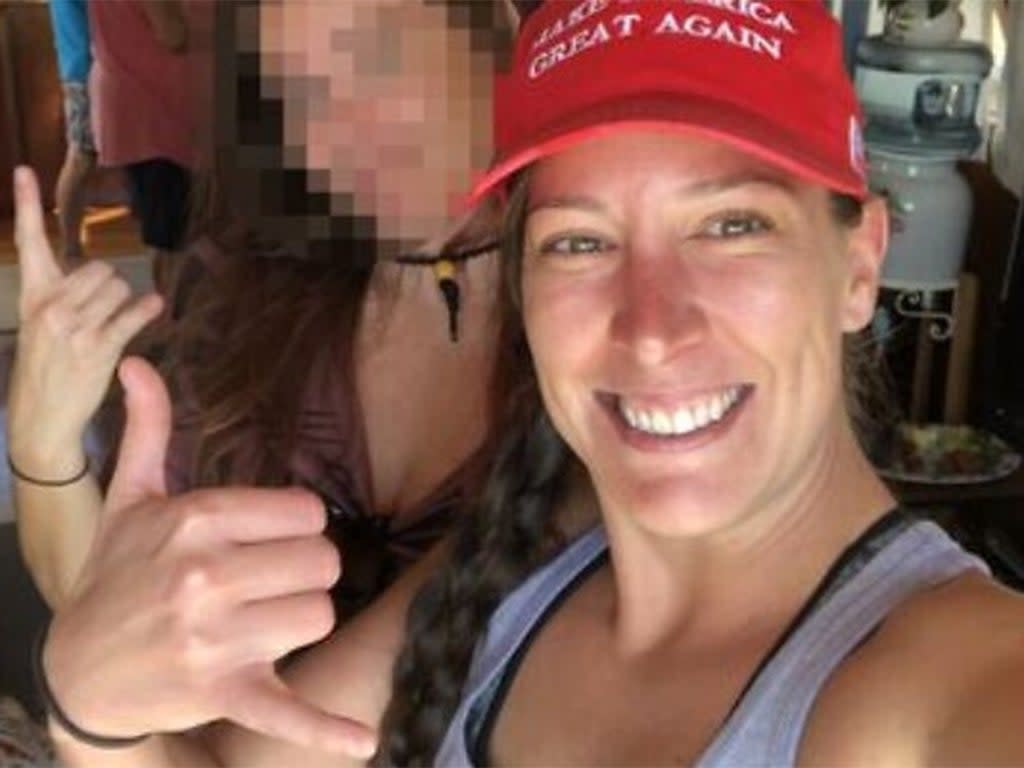 FOH. That bitch deserved to get popped LOL.
Reactions: Rubato, Disanthrope, IP360 and 2 others

It took a second for the gif to load so I was expecting a serious response then this shit pops up, lol.
Reactions: #1hiphopjunki3, Dwayne and IP360

A Utah man accused of assaulting police officers during the Capitol riots invited several of his MAGA friends to his Thursday court appearance—then wreaked havoc during the hearing, repeatedly screaming at the judge and court officials.

“You people fucked this up,” Landon Kenneth Copeland ranted during the Zoom hearing on Thursday. “You’re going to give me a psych eval. I don’t like 70 percent of my income going to the government. Fuck all of you!”

Copeland, a 33-year-old who on Thursday described himself as a veteran who “got shot in Iraq,” faces several charges, including assaulting officers and disorderly contact, for allegedly attacking several law-enforcement officers during the Jan. 6 siege. Prosecutors allege that during a scuffle, Copeland grabbed a riot shield, shoved a fellow insurrectionist into a police line, and threw “a metal bike rack fence barricade” at officers.

The chaos began even before Copeland’s hearing, as he shouted while other accused rioters made their appearances before the judge, forcing court officials to put him on mute. At one point he tried to object to another defense lawyer claiming his client had “Foxitus” after watching six months of Fox News during the pandemic.

“I don’t like you people... you’re a robot to me... you can’t come get me if I don’t want you to... Fuck all of you... Fuck all of you,” he shouted during his tirade, at which point a judge put him in a separate Zoom room so that he could no longer interrupt the proceeding. “I wanna talk in open court you motherfuckers!”

‘Fuck All of You!’: Capitol Rioter Raises Hell During Off-the-Rails Court Hearing

Landon Copeland repeatedly shouted down the judge—and invited his MAGA friends to troll his Zoom hearing.