We eat so many shrimp I got iodine poisoning

That's f*kd up! I think she on the payroll. Illegal aliens and rainbows will most def. get something tho.


Voter suppression happens on both sides tbh and quite frankly them democrats been up to they tricks since the 90's, possibly earlier. Might not wanna hear this, but it's because of them that Kemp won and beat Stacey. The main stream media didn't want you to know that, but the actual bill is still online. Also, Perdue's supporters are upset because his votes dwindled and reduced live on tv. It was live on CNN and ABC, but sharp eyes caught it. His supporters are lit and now the "fact checkers" are out and about claiming that his votes were reduced due to a "data reporting error". The clips are all over twitter and yt.

AP’S ASSESSMENT: Missing context. Edison Research, the polling firm that provides election data to CNN and ABC News, told The Associated Press the change in the vote count was to fix an error that had mistakenly added 32,000 votes to Perdue’s count in Bibb County.

THE FACTS: On Tuesday evening, while votes were being counted for Georgia’s runoff election between Republican Perdue and Democrat Jon Ossoff, social media users fixated on two news clips of live election coverage, one from CNN and another from ABC News. In both clips, Perdue’s vote count dropped from 774,723 to 742,323.

“Watch 32,000 VOTES *DISAPPEAR* from Georgia Senate run-off candidate David Perdue live on CNN,” wrote a Facebook user that shared a CNN clip of the election coverage. The clip had more than 5,000 shares.

Shouldn't have took that long either!
Reactions: SKPJR, Nobody, bootcheese3000 and 5 others 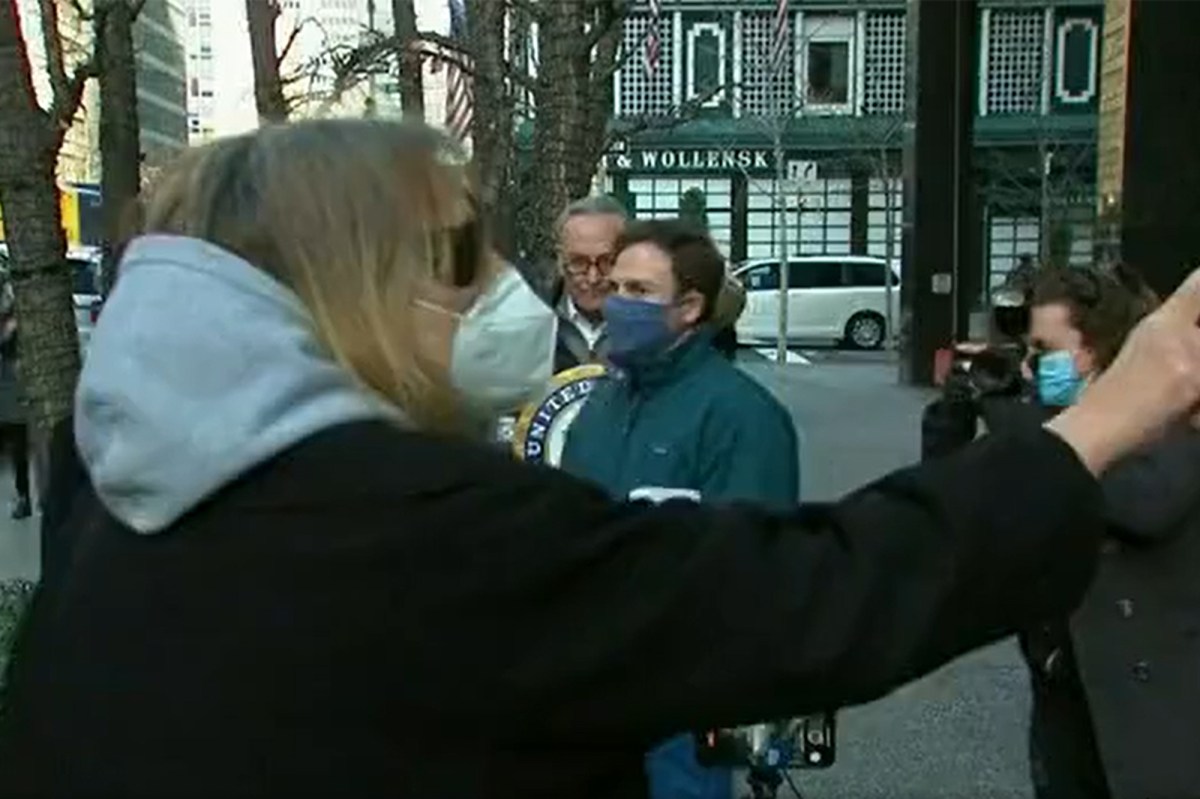 As Schumer (D-NY) was wrapping up a plea to the TSA to add the US Capitol rioters to the no-fly list, the mask-wearing woman stepped in front of the podium and hurled insults at the lawmaker from Brooklyn.

“You racist socialists can dish it out but you can’t take it and remember this, Adolf Hitler was a socialist and that’s exactly who you follow, you’re nothing but a coward!” she roared, saying she was “glad” to see Wednesday’s attack against the US Capitol.
Reactions: JohnSmithCAN

Reactions: SKPJR, Mister B., Rubato and 5 others

That dude said fucc his father. If he gets covid...oh well. That's on him. Lol
Reactions: The Hue and 313 Wayz

That dude said fucc his father. If he gets covid...oh well. That's on him. Lol
Click to expand...

(Before it's news) - Ya'll got a bunch of new democrat voters (caravan/illegal aliens) headed ya'll way.


Not surprisingly, it's also from Honduras and it has a few hundred. Now that Joey is gonna be potus, he'll let em in too. It'll only get bigger and bigger until it's in the millions as projected.


Not surprisingly, it's also from Honduras and it has a few hundred. Now that Joey is gonna be potus, he'll let em in too. It'll only get bigger and bigger until it's in the millions as projected.
Click to expand...

Definitely gonna fuck with some bigots on FB with this one....thanks.


In the days leading up to last week’s march on the Capitol, supporters of President Trump promoted it extensively on Facebook and Facebook-owned Instagram and used the services to organize bus trips to Washington. More than 100,000 users posted hashtags affiliated with the movement prompted by baseless claims of election fraud, including #StopTheSteal and #FightForTrump.
Show hidden low quality content
You must log in or register to reply here.
Share:
Facebook Twitter Reddit Pinterest Tumblr WhatsApp Email Link
Top Bottom