The official COVID-19/Coronavirus Discussion Thread...aka I hope I don't get the Rona

Sion said:
Will people listen tho ? Americans are often touted as "stupid" around the world. Way I see it if a person doesn't vote because it's not Sanders or because they dont like the candidates or votes for the other party we know will never win or refuses tonvore simply cuz - then that's a vote for Trump.

At this point, the man has helped speed up the spread of the coronavirus, trashed the US economy, saw thousands die and still hasnt sent condolences to the families or American people, was openly racist towards Asian Americans, is snatching kids from their families and deporting them, almost started a war with Iran and is rolling back more civil rights laws than any other president in American history (which will make it even harder your kids if you're a minority). If people let Trump win again, what comes next is all on them to handle.
Click to expand...

"but both sides are the same"
Reactions: bluntedsultan, L3NU, A-one and 1 other person
I

Inori said:
"but both sides are the same"
Click to expand...

They are the same

Im now open to voting only to get rid of trump, which is a totally trash premise, but trump killing people....
Reactions: LurkerSix

IC_Refugee said:
They are the same

Im now open to voting only to get rid of trump, which is a totally trash premise, but trump killing people....
Click to expand...

I disagree with them being the same but we're on the same page with getting that fuckin idiot out of office.

There for sure should be more than 2 viable parties as well going forward... not understanding why that's being held onto so strongly at this point.. that shit isn't working for anyone other than these rich assholes on both sides of the aisle
Reactions: deadeye, bluntedsultan, The Hue and 5 others

IC_Refugee said:
They are the same

Im now open to voting only to get rid of trump, which is a totally trash premise, but trump killing people....
Click to expand...

And to stop Trump from appointing another Supreme court justice
Reactions: deadeye, LurkerSix, The Hue and 6 others 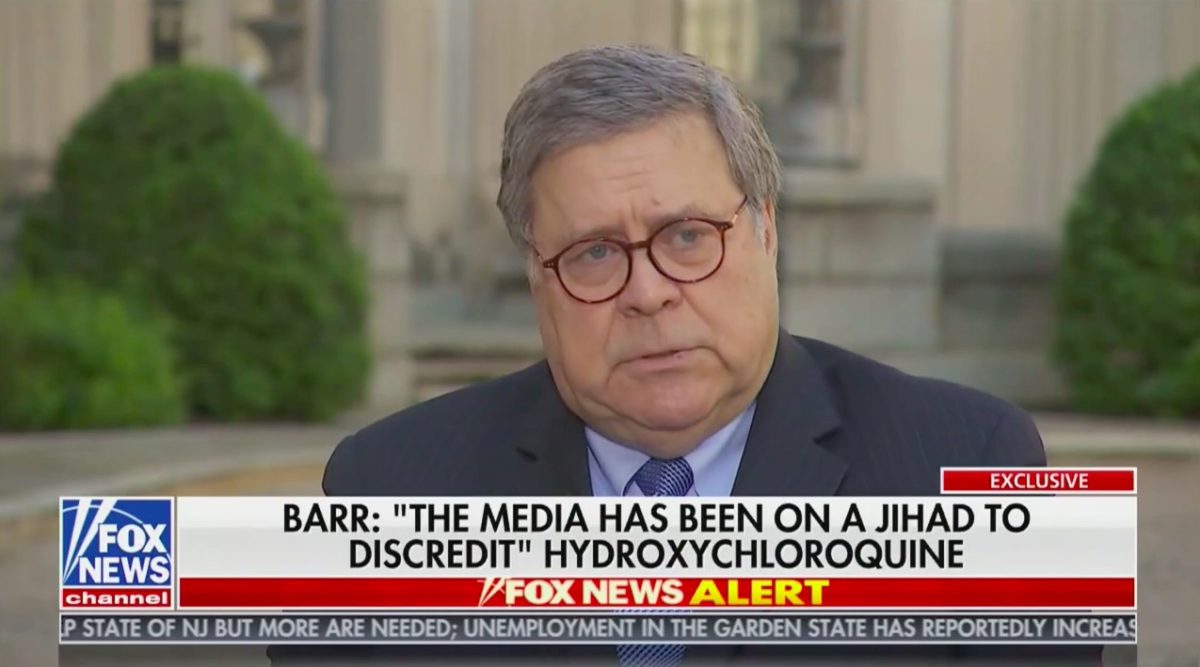 A City of Atlanta police officer who tested positive for the coronavirus was supposed to be in isola...

A City of Atlanta police officer who tested positive for the coronavirus was supposed to be in isolation. But instead, he was caught driving 130 mph on I-75, according to the Georgia State Patrol.

It was until later that the trooper learned he was exposed to the virus. And the Atlanta Police Department called its officer’s actions “appalling.”

"This officer's actions show an appalling lack of judgement that reflects poorly on our department and the majority of our men and women working hard to stay healthy and serve the public during this difficult time,” APD told Channel 2 Action News. “Once he is deemed healthy and returns to work, he will be immediately relieved of duty and face a disciplinary investigation by our Office of Professional Standards."

The Atlanta Journal-Constitution is not identifying the officer nor the trooper as doing so would reveal private health information.

According to the GSP, the off-duty officer was driving a 2017 red Dodge Challenger on I-75 southbound near North Marietta Parkway on Sunday evening when he was pulled over by a trooper. The officer was given a citation for driving 130 mph in a 65-mph zone, the GSP said.

Dash-cam footage is not available because the investigation into the speeding incident remains open, the GSP said. The condition of the trooper was also not released.
Click to expand...

King Freeman said:
No one is talking about transmission rates its mortality rates. But go ahead thinking you can titan graph niggas to death.

Again... Prove to me why it's black people's fault they're dying in American hospital care. Show me where poverty and habits come into play there. Not in 3rd world countries but in murica.

Transmission rates are directly correlated with mortality rates and are a better indicator of whether or not you have the virus under control. Why do you think we're social distancing? What's the point in focusing on mortality rates? There is none, the people that have died aren't coming back. You're focusing on the effect and not the cause. Too many people are reactive instead or proactive. We're all dealing the effects of that shit, right now.

I explained the reason why we're dying at a higher rate from the virus already in my previous post, go read it or don't, idc. Also, I never said it was explicitly anyone's fault, there are certain factors we can definitely control, though. Like eating habits and whether or not we listen to actual experts instead of mfs like Dr. Sebi.

Remember the white lady who accidentally text the brother to come to Thanksgiving? Her husband died..

Golan said:
I agree we have tremendous untapped potential, but we're already disenfranchised af. There's really not much more that needs to be done. The sad fact of the matter is the majority of black people in this country are ignorant and easily manipulated. They have us right where they want us and they barely have to do anything to keep us where we are. Honestly there are times where I think we're our biggest enemy. Times like now, where we're convincing each other that we weren't capable of catching the virus. Or ignoring quarantine because they want to party and because fuck the police. Black people are dying in America from this shit because we're poor (we still have to go to work during the pandemic, increasing the likelihood of getting the virus), we have terrible diets/obesity/diabetes (increased likelihood to succumb to the virus), we mainly live in cities (increased likelihood of getting the virus), and a large chunk of us live in some form of project housing, communally (again increased likelihood of getting the virus). We're dying disproportionally simply because we're the most at risk.

That's why I asked Freeman what are we being hunted for? There's nothing to hunt, we kill ourselves just fine these days, even during a damn pandemic officials have to ask us nicely to stop shooting ourselves. This shit would be funny if it wasn't so sad.
Click to expand...

everything you mentioned can be changed.
they have us where they want us because we stopped challenging them.
some of us are poor, yes. But lets not act like there are not people out here trying to raise people up out those situations. and guess what they are told? we fine where we are and whats wrong with where i live. almost taking the help as an insult. we have more than enough resources so that we dont have to rely on others....

but i am slowly being convinced people want to rely on others. the very others who dont like us yet those same people want to shit on our own who can shine a light on the path so people can get out.

if the media keep pushing a certain narrative and people who cant think or critically think keeps feeding into it...it will eventually bring us all down from within.

fucking white supremacy is on cruise control. fucking tesla AI type control. and any black person who challenges this is not only attacked by white people by their own. only certain people fit the bill as accepted until they do something the wave doesnt like then they was never shit to begin with,.

so i end this with...we are the most at risk because yes, they created a system to put us at risk but we also refuse to break the chains of that system or become isolated from the system. and poor is mostly a state of mind. you have more than enough way to not be poor if people just open their mouth for help or not tun away help. its quite a few threads on this site and the old one explaining how to do alot of shit. but guess what threads get poppin? cant talk about being poor now when its convenient but ignore all the help that was in front of us.


done got me started.
all i wanted to do today is have ginger tea and play supreme commander 2. 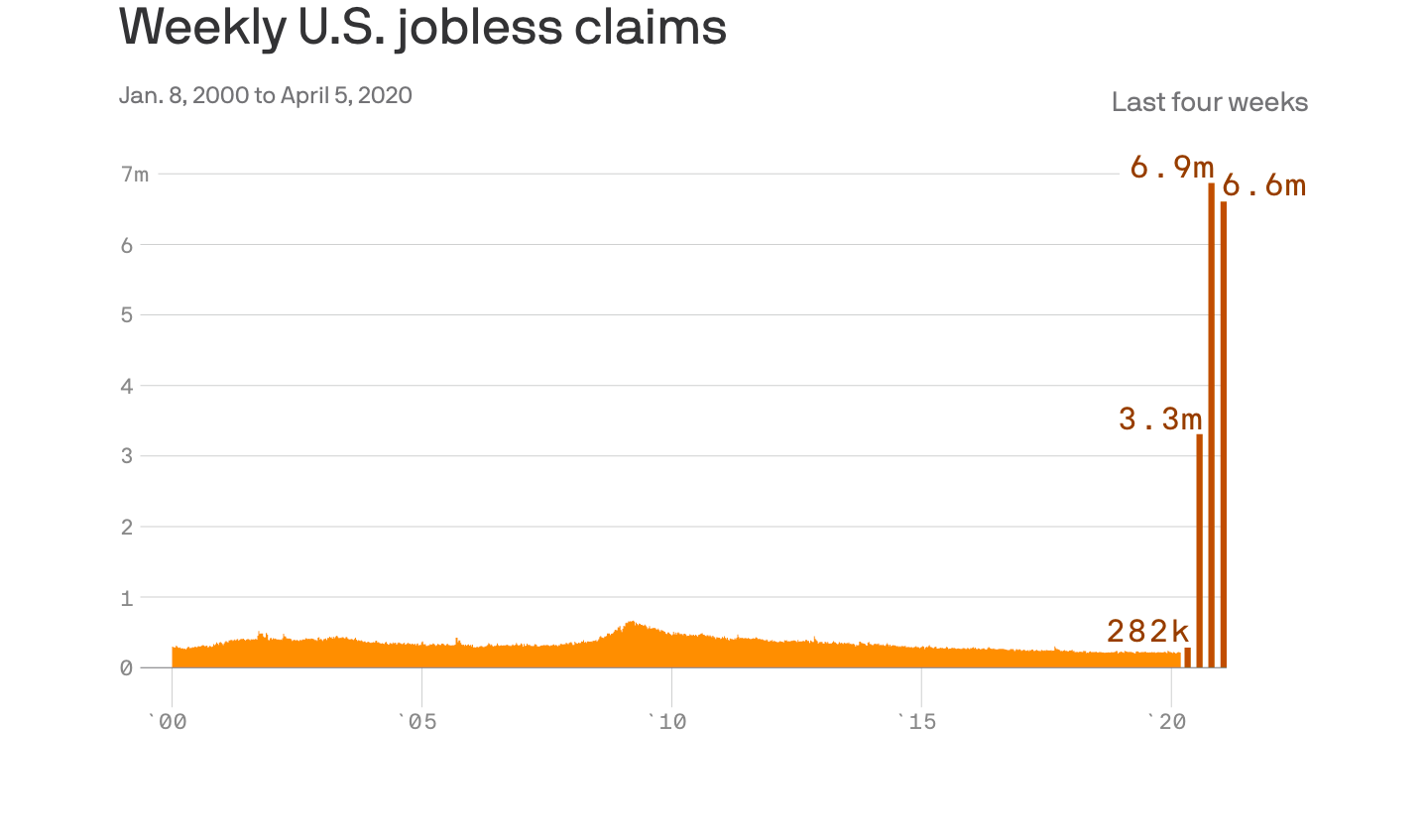 It adds to the 10 million claims filed in recent weeks. 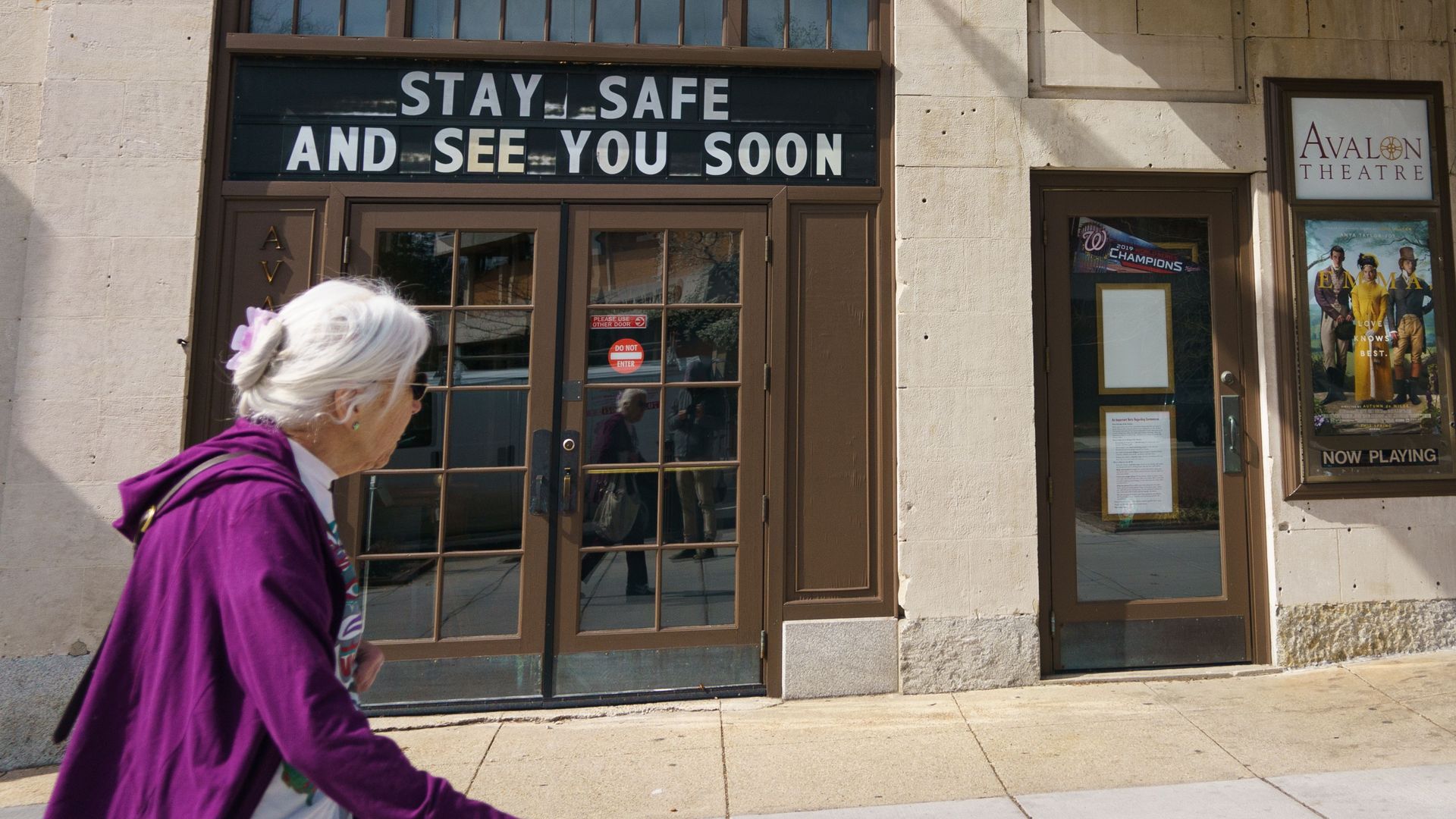 Photo: Mandel Ngan/AFP via Getty Images
Another 6.6 million Americans filed for unemployment last week, the Labor Department announced Thursday.
Why it matters: It adds to the staggering 10 million jobless claims in recent weeks — by far the sharpest spikes in American history — as the world economy has ground to a halt in an effort to contain the coronavirus outbreak.
Reactions: bootcheese3000, The Hue, Hiram and 1 other person

so where they at now? 12mil?
Reactions: Sion

so we all just forgot about denver airport?

the murals tell a crazy story 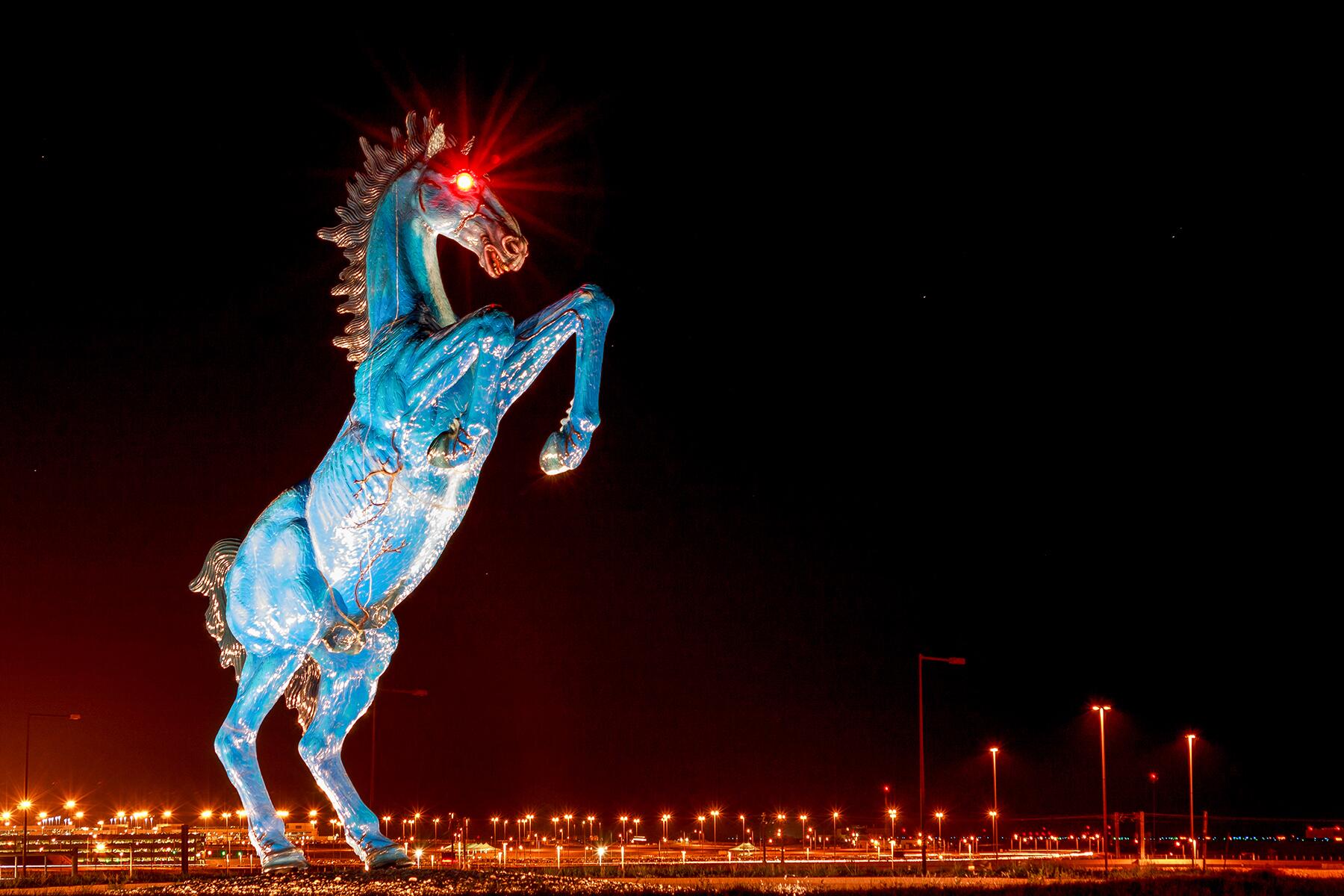 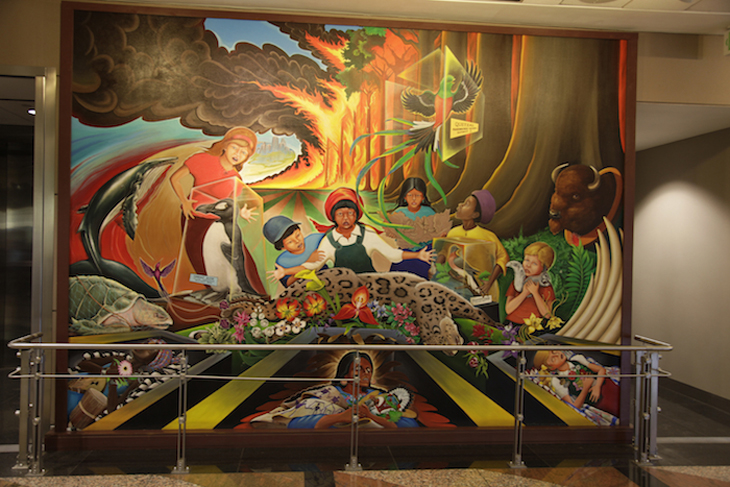 crazy how dude has on a gasmask 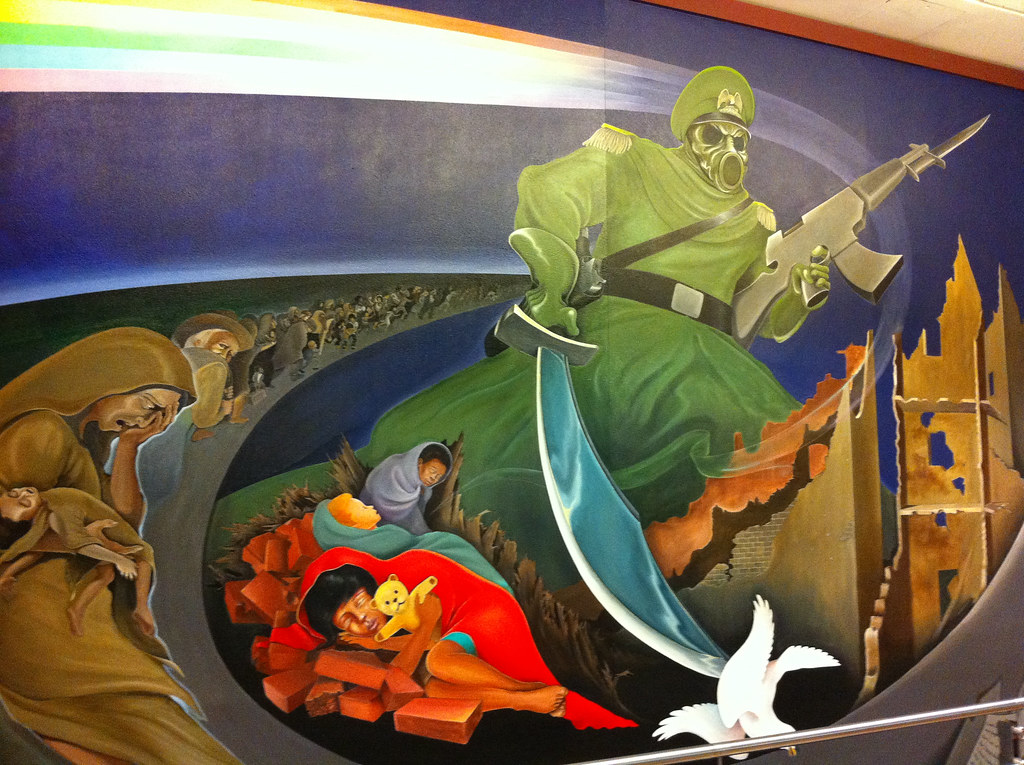 but the world kills dude 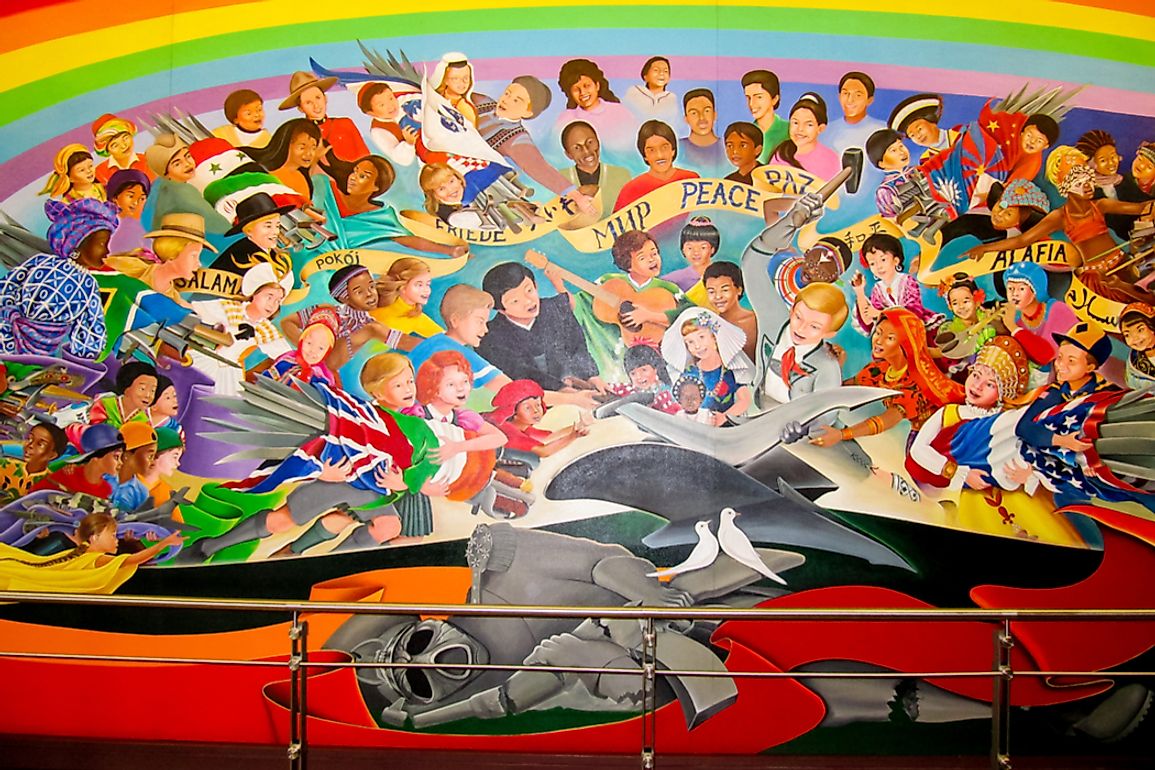 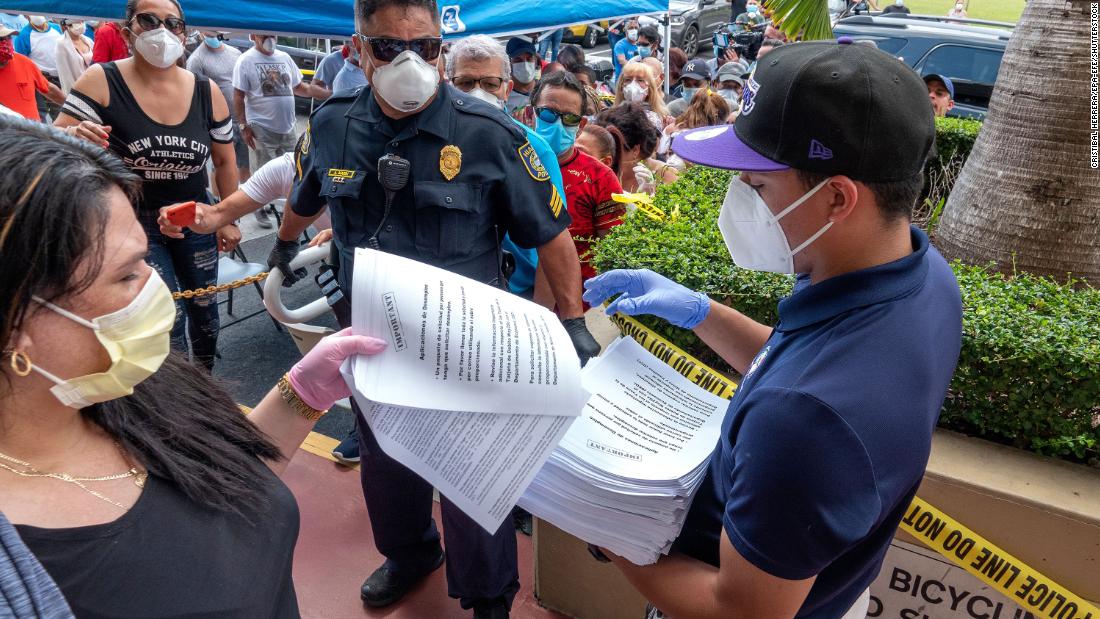 Another 6.6 million people filed for unemployment benefits last week, according to the US Department of Labor, as American workers continued to suffer from devastating job losses, furloughs and reduced hours during the coronavirus pandemic.

"Altogether, roughly 16.8 million American workers, making up about 10% of the US labor force, "

150 members of the royal family got it? sounds like Big Karma to me
Reactions: dasmooth1, Golan and Mr.LV