I hate streaming bro, cant beat Sky/cable etc Netflix and Amazon often goes down... Imagine it going down on a massive derby or the final day of the season... Plus I thought the quality last year was wack too, the ball was bad blurry, like a fckn sonic boom bolt every time the ball was kicked... 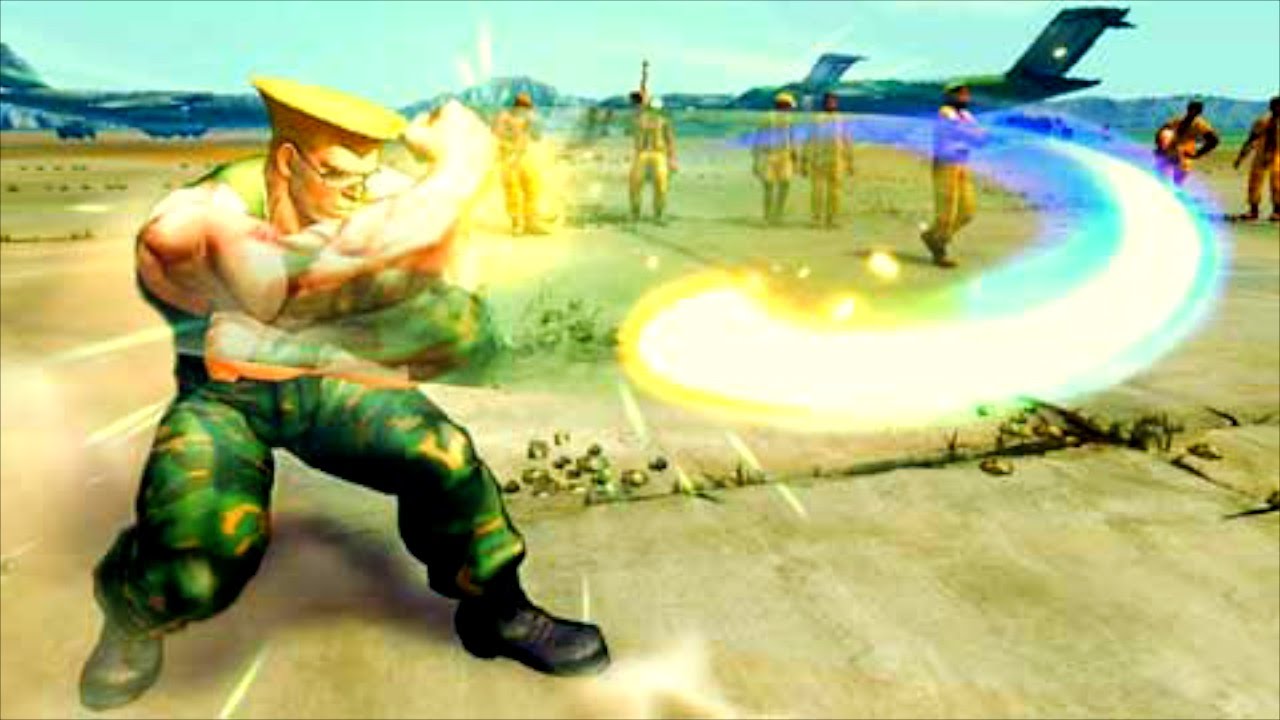 I don’t pay any company for sports. Fuck them, rather risk stream hopping than get rinsed for a package I don’t want majority of channels that come with it.

May pay for a ppv for boxing if I think won’t be able to get a reliable steam, outside of that I won’t pay for shit.
Reactions: GNS and toheeb27

Bruh, this is some next level shit
Reactions: Big_Ev, DNB1, dontdiedontkillanyone and 5 others

I rate gray highly... This would literally be a steal for free!
Reactions: Englishdude

Thanks for the up to date reporting on the current standings
Did I fucking say United didn't suck
Kmt geesh
Reactions: toheeb27

Englishdude said:
I don’t pay any company for sports. Fuck them, rather risk stream hopping than get rinsed for a package I don’t want majority of channels that come with it.

May pay for a ppv for boxing if I think won’t be able to get a reliable steam, outside of that I won’t pay for shit.
Click to expand...

Yeah thats different, if your stream drops out, chances are you find another one if Sky or other cable channels are showing the game...

Personally I dont stream though, so if Amazon goes down Im fckd...
Reactions: Englishdude


Bruh, this is some next level shit
Click to expand...

I forgot to do my Fantasy team again... Im getting washed this year...
Reactions: DNB1

The Zlatan Ibrahimovic versus EA Sports war over image rights is rumbling on, with the superstar footballer's superagent saying "it's all about money".

In a spicy radio interview with TalkSport, Mino Raiola was quizzed by former owner of Crystal Palace Simon Jordan over his threat to take EA Sports to court over the use of Ibrahimovic's likeness in the FIFA games.

Jordan asked Raiola why he hadn't slapped EA Sports with an injunction and a cease and desist to block the company from using Ibrahimovic in FIFA 21.

"Everything in its right time," replied Raiola.

Jordan then goes on to suggest Raiola's actions are less about stopping companies from using Ibrahimovic's image in video games, and more about trying to make more money from player licensing.

"It's all about money," Raiola replies.

"EA Sports is not a charity foundation... This is about money. This is about rights. This is about who can exploit whose rights. And it's a principle. And why we don't do things before or after is a call we will make and we don't need to explain now."

Raiola has claimed only Ibrahimovic holds his image rights - not his club, AC Milan or players union FIFPro - and therefore EA Sports does not have the right to use Ibrahimovic in FIFA.

EA Sports, however, insists it has contractual rights to include the likeness of all players currently in FIFA 21, including Ibrahimovic, after doing a deal with his club AC Milan. EA has said it also has a licence for the use of Gareth Bale, who has also complained on Twitter, after doing a deal with the Premier League. Here's our explainer on the situation for more.

FIFPro issued a fresh statement yesterday, saying it was getting in touch with those who have recently kicked up a fuss (namely, Zlatan and his agent) over their image rights.

"In light of recent media reports, FIFPro wishes to clarify the manner in which it obtains the image rights of players, and its role in defending the employment rights of professional footballers worldwide," FIFPro said.

"FIFPro, a not-for-profit organisation, acquires image rights via player unions in nearly 60 countries. These rights are made available to Electronic Arts and other clients in the video gaming industry.

"FIFPro's relationship with the video gaming companies complements separate arrangements they directly agree with clubs, leagues, governing bodies and individual players. FIFPro member unions decide how best to use the revenue generated, either by distributing funds directly among players or providing services in kind such as legal advice, second-career planning and mental and physical assistance.

"FIFPro is reaching out to the players and their representation that have recently raised concerns so we can address their questions.

"As the COVID-19 pandemic severely impacts the football industry, we are proud of our member unions for having supported tens of thousands of footballers around the world."

EA Sports, which has said the recent campaign on social media is about players, their agents and FIFPro and nothing to do with FIFA 21, also had some choice words for Raiola in a statement issued to Eurogamer overnight:

"Mino Raiola is a respected player representative who we have partnered with for many years, including this year when our relationship ensured his client Erling Haaland would be part of our FIFA 21 marketing campaign.

"We have also enjoyed a great working relationship with Zlatan Ibrahimović, who has appeared in every FIFA since 2002 and regularly received awards as part of our FUT experience. Gareth Bale's eSports Company Ellevens utilises our FIFA game as a key platform for his professional eSports athletes and we're confident Gareth and his team see significant value in our partnership, as evidenced through this recently released content."

The content referred to by EA in the statement is the video below, in which Bale appears promoting his eSports Company Ellevens.

Back to the TalkSport interview, and here's Jordan again:

"What this is about is someone like you popping up saying, we're missing an opportunity here and ultimately I can monetise that, and of course I'll be paid a commission on that. And Beckham's just been paid forty million quid."

The whole thing is getting a little messy, but it sounds like this row has legs. The Guardian reported "a number of high-profile players" have instructed their representatives to look into whether they are entitled to some of the proceeds made from using their likeness on the game.

Do they have a case? EA has for years now licensed content from league licenses, which generally include club and player rights. This is how EA is able to use Premier League players in FIFA.

But in some countries where the league for that country doesn't have collective rights, such as Italy, EA also signs individual club deals, such as the one it signed with AC Milan that supposedly includes the right to use Zlatan's image in the game.

Of course, EA will argue it's not viable to negotiate the rights of every player in the game at an individual level (something Raiola seems to be arguing for). If Zlatan took EA Sports to court and won, or if players all of a sudden pulled out of the current collective approach to the granting of rights, EA Sports could be forced to use generic players in FIFA. Zoltan Abrohimovic, perhaps.

What Jordan suggests is this row is less about video games and more about agents - already under pressure in the face of impending regulations - trying to secure a higher fee percentage from licence holders, such as FIFPro. As they say, it's all about the money.

FIFA 21 continues with Zlatan very much in the game. The ball, it seems, is in his agent's court.


Edit: new Morrison too... Dude is putting in work this year, normally only puts out 1 tune a year...

Pes is the better game. In reality, Fifa doesn't need footballers images etc they can just do what pes has done for Years people will still buy it.

Blue_London said:
Pes is the better game. In reality, Fifa doesn't need footballers images etc they can just do what pes has done for Years people will still buy it.
Click to expand...

PES fell off few years ago... They had it on lock for a long time though...

Water Ur Seeds said:
PES fell off few years ago... They had it on lock for a long time though...
Click to expand...

Im sure we have had this conversation as for gameplay its the best. Presentation the complete package FIFA wins and it's not even close. I just care about gameplay

@Water Ur Seeds Trent injured and Mane on the bench. Time for your boys to pounce.

toheeb27 said:
@Water Ur Seeds Trent injured and Mane on the bench. Time for your boys to pounce.
Click to expand...

With Liverpool's makeshift young defenders and CB pairing its shame Lamptey wont have a chance to reek havoc on them...

Any points will be a bonus though...

Blue_London said:
Im sure we have had this conversation as for gameplay its the best. Presentation the complete package FIFA wins and it's not even close. I just care about gameplay
Click to expand...

I thought the consensus was FIFA came with the better game play when they switched up the year they bought in Frostbite...

Water Ur Seeds said:
I thought the consensus was FIFA came with the better game play when they switched up the year they bought in Frostbite...
Click to expand...

Chek the reviews of the last 5 6 pes all game play no presentation.

Blue_London said:
Chek the reviews of the last 5 6 pes all game play no presentation.
Click to expand...

PES has a cult following though... I used to play it year after year but it went to shit imo... I like a career mode with transfers etc so FIFA suits me better now anyways... I dont fck with FUT and all that other shit...