DNB1 said:
Even the streets have been infiltrated with fake news.

So you pleased with this dude?
Click to expand...

Antonio Conte WAS unfairly sacked by Chelsea, employment tribunal rules... as former manager takes more money off Roman Abramovich after the most expensive dismissal in the history of English football 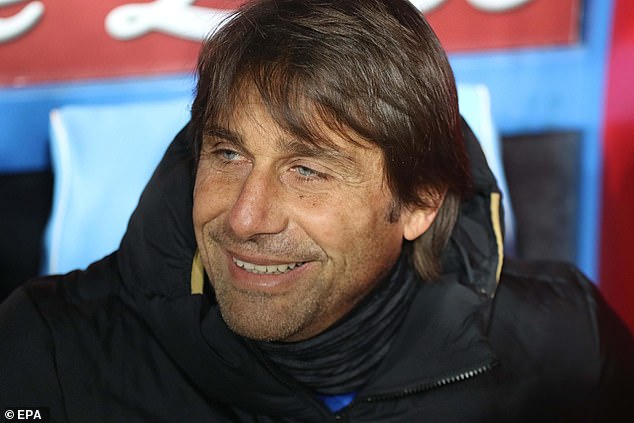 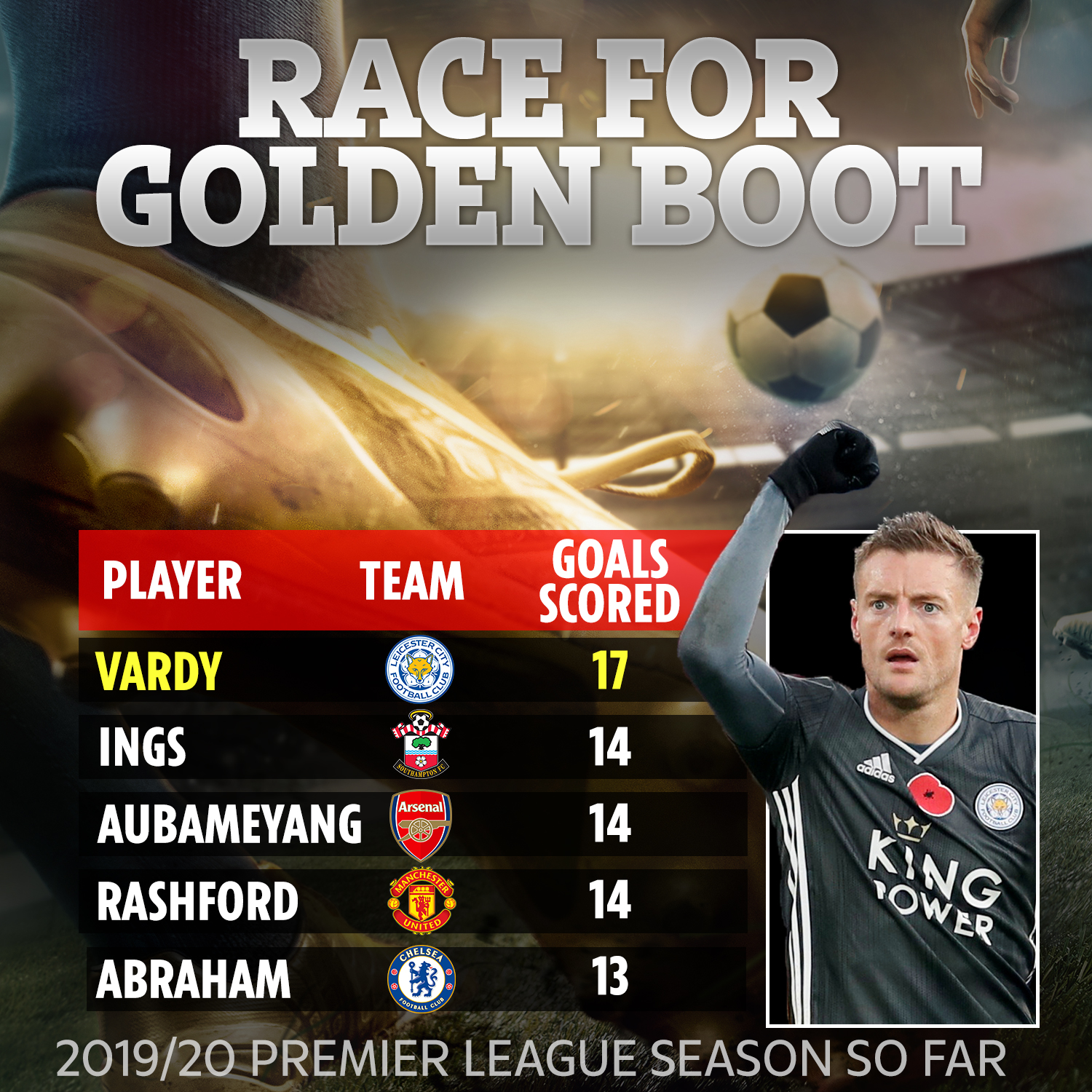 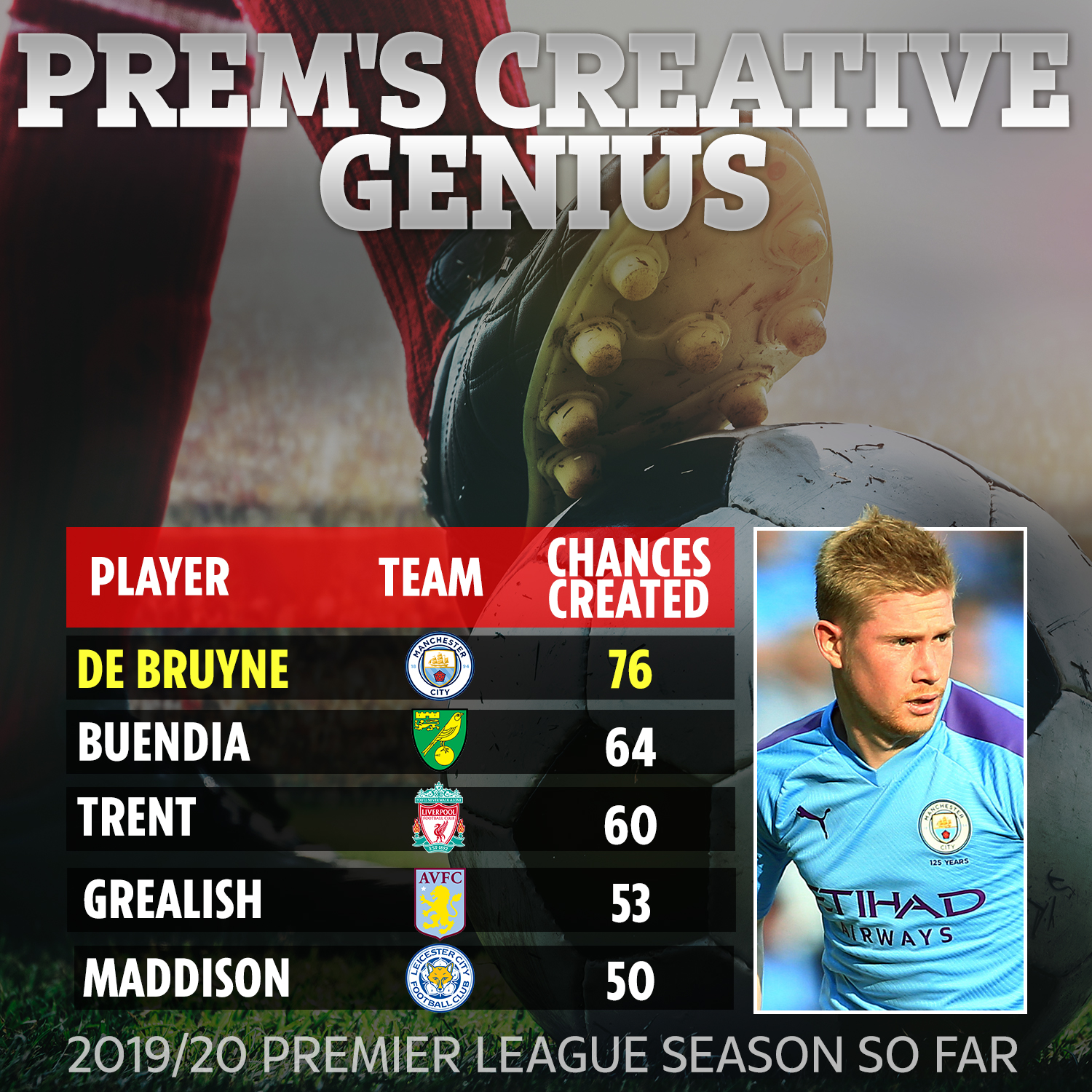 Weird not seeing Kante on this list, but Wan Bissaka proving to everyone that he's not a 1 season wonder 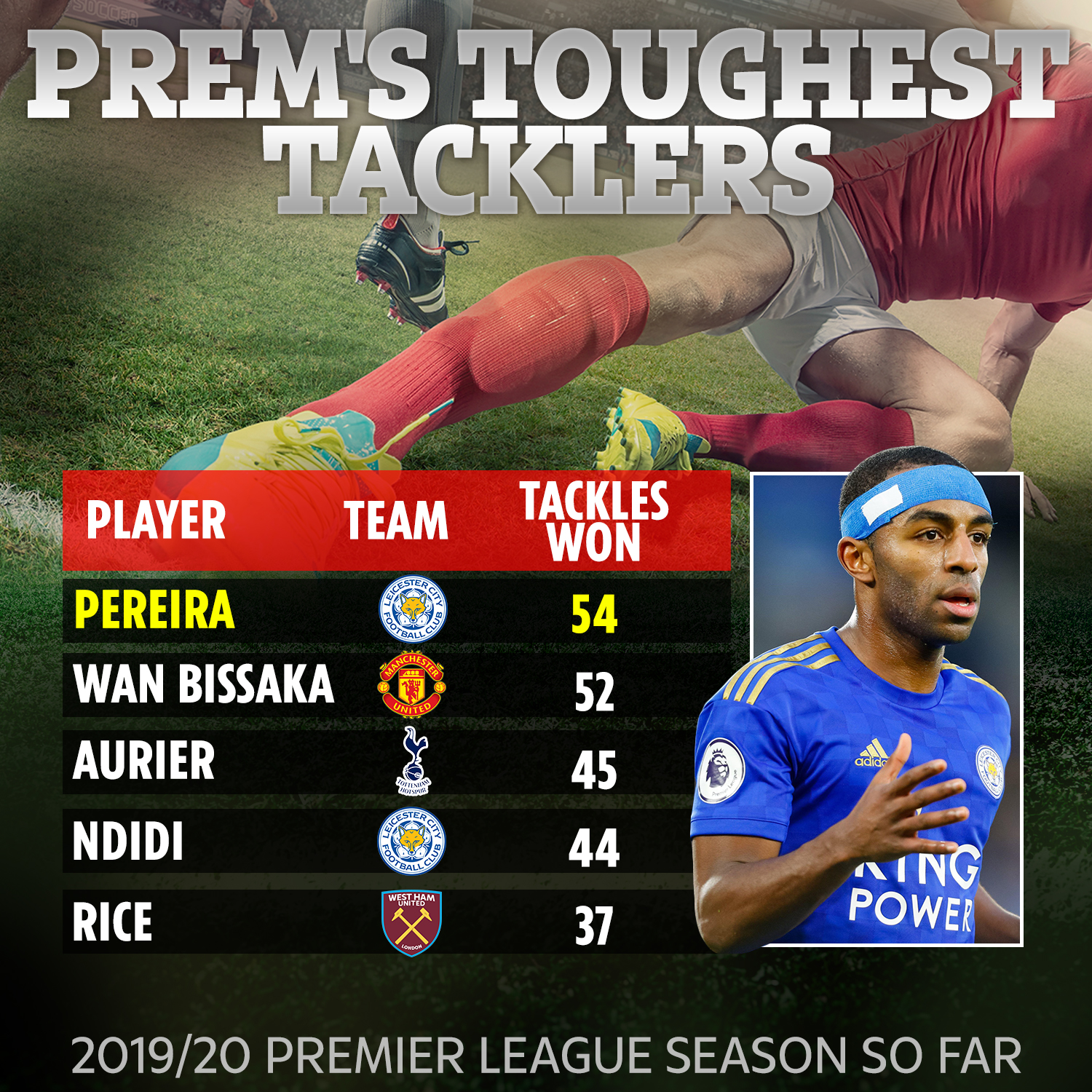 Leno doing too much for Arsenal 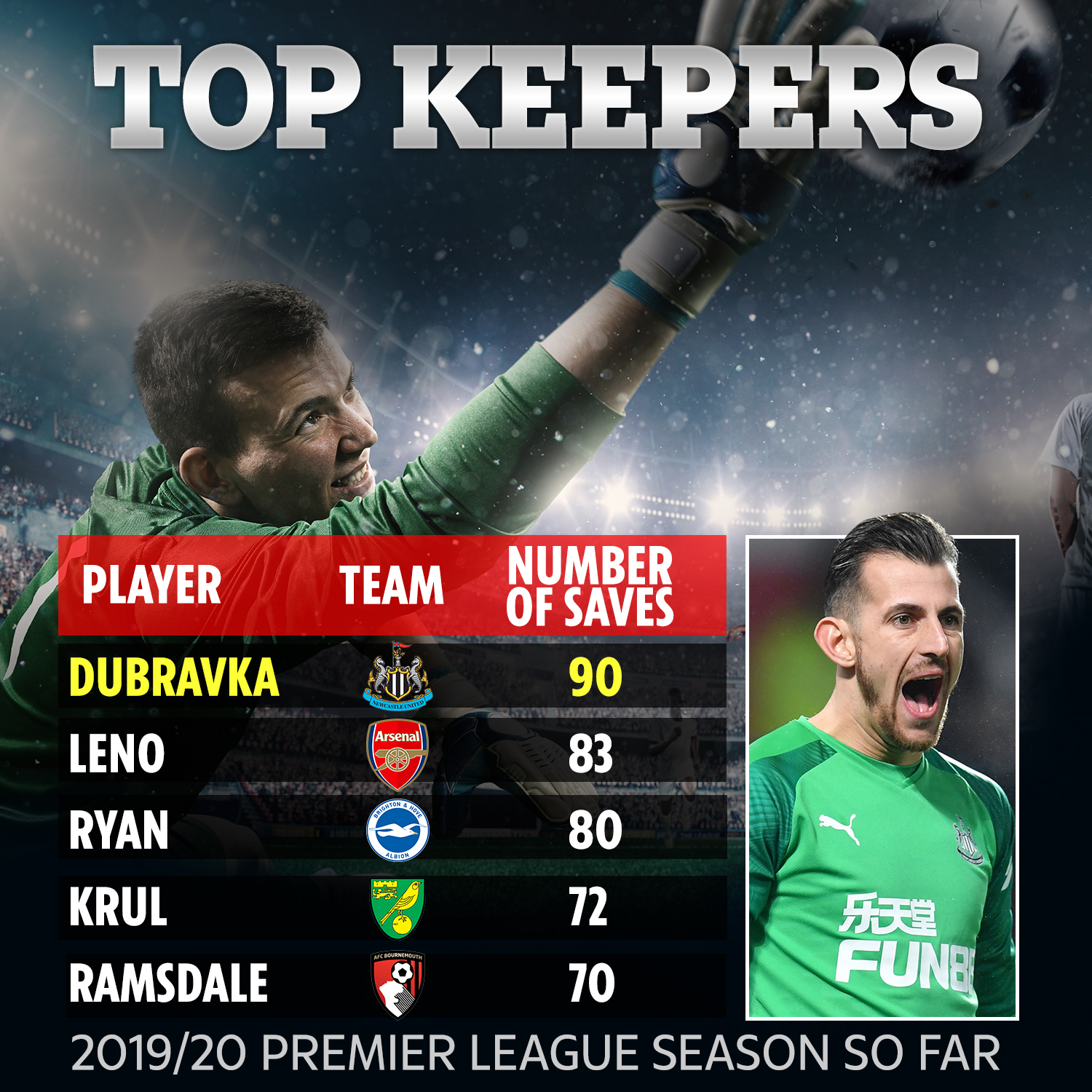 
"I heard people say Romelu Lukaku was a donkey. I heard all sorts not even that long ago."
Inter Milan boss Antonio Conte was certainly unimpressed earlier this week by past criticism of his striker, and it is easy to see why.

In his first season at the Italian club, Romelu Lukaku has hit 14 goals in just 18 games - outscoring Cristiano Ronaldo - and has helped Inter to the top of Serie A as they look to threaten Juventus' eight-year dominance of the league.

Many doubters had dismissed Lukaku as being destined to become an expensive flop for Inter, who signed him for a club record 80m euros (£74m) from Manchester United in the summer but instead he is in the form of his career.

So why is the 26-year-old performing so well?

Conte + Lukaku = match made in heaven? 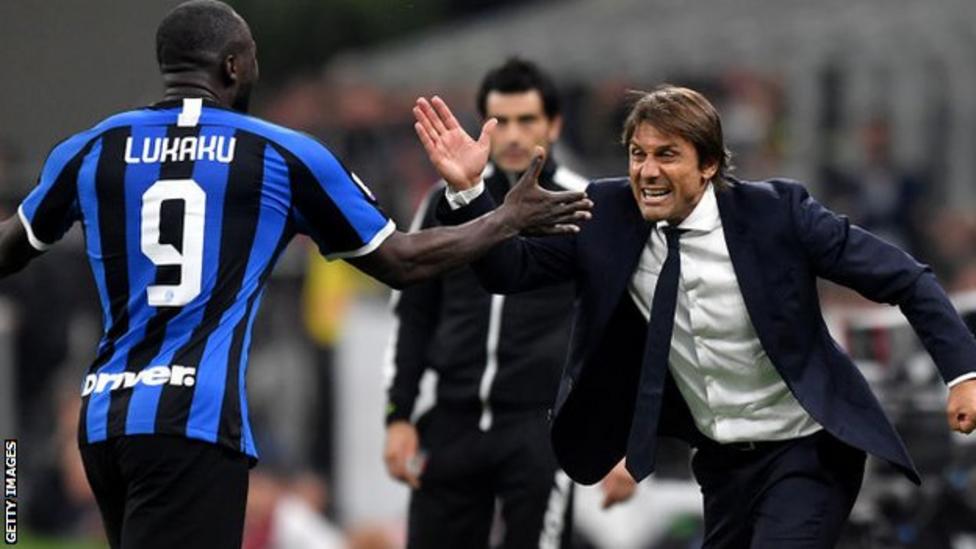 One of the most significant reasons behind Lukaku's impressive start to life in Italy is his relationship with Conte.

This is the first time the pair have worked together but they have admired each other's abilities from afar for a number of years.

Lukaku first caught Conte's eye when the Italian was at Juventus - a club he managed from 2011 until 2014 - before making a firmer attempt to sign the striker when he became Chelsea boss in 2016, only to be beaten to his signing by Manchester United.

"I wanted Romelu very strongly when I was at Chelsea, even back at Juventus," said Conte earlier this week. "I always said Romelu was a rough diamond that needed work to smooth him out.

"Now I can get to work on polishing the diamond."

Conte's management style, meanwhile, first caught Lukaku's eye three years ago when he came up against a team managed by the 50-year-old while playing for Belgium against Italy.

"Belgium played Italy in a friendly in the run up to Euro 2016," says Smith, who sat down with Lukaku for a lengthy one-to-one interview in November last year.

"The Italians beat them 3-1 and Lukaku said the moment he knew he wanted to play for Conte was after the friendly.

"He felt the Italians beat the Belgians in that game in every single department. Lukaku knew from that moment on that he wanted to work with Conte."

Lukaku has always possessed power and pace but Conte and his coaching staff have worked on developing his tactical understanding of the game.
Smith adds: "In Italy, a lot of it is about shape - knowing where to stand depending on where the ball is on the pitch - a lot of players don't like that but Lukaku is enjoying it.

"He is doing all of this tactical work on the training field and doing all this analysis work on his own trying to find weak spots in the defenders.

"His view is that in England football is much more intense and better to watch, but is essentially chaotic. However, in Serie A he really has to think about what he is doing and I think that will make him a better player."

Misused and misunderstood at Manchester United?

Looking at the statistics, it is hard to argue that Lukaku is anything other than one of the best strikers in world football.

In Europe's top five leagues, only Robert Lewandowski (19), Ciro Immobile (19), Timo Werner (18) and Jamie Vardy (17) have scored more goals than Lukaku who, with 14 goals, looks well on course to surpass his best-ever return of 25 goals in a single league campaign.

The rich vein of form is nothing new.

In his debut season at Manchester United he became one of only 11 United players to hit 25 goals or more in a campaign since 1992-93. Eric Cantona, Andy Cole and current manager Solskjaer (25 each) are among the strikers who never matched Lukaku's 27-goal tally in a United campaign.

"I think the way he is viewed in England is extraordinary, given his record," adds Smith. "He is viewed as sort of a laughing stock but that view of Lukaku is detached from reality.

"He is an elite forward. He is only 26 but has been one of the leading strikers in Europe for about eight years.

"Even at United he scored 42 goals in around 90 games, which is not bad - one in every two which is what strikers aim for."

That strike rate is all the more impressive when you could argue he wasn't used correctly at Manchester United.

When Lukaku left for Inter, Ole Gunnar Solskjaer described him as one of the best 'target man' strikers in football but suggested he would not operate as well in the more fluid frontline he was planning to implement.

Lukaku himself disputed that claim, insisting he is a better player when he is facing the goal and Conte has shown faith in him to play as that type of striker.

Playing alongside Lautaro Martinez, the pair have struck up a deadly partnership, scoring 23 goals between them in Serie A.

"Conte and Lukaku are made for each other," says Terreur.

"He doesn't play him as a target man. They try to get him to play out with his feet and when he is running you cannot stop him."

An appreciated Lukaku is a free-scoring Lukaku?

Like many footballers, confidence can play a significant part in how they perform on the pitch and Lukaku appears to be no different.
When Lukaku first arrived in Milan to complete his medical before his move from Manchester United, he was greeted by hundreds of cheering fans.

"Lukaku has to feel he is important," continues Terreur.

"At Manchester United there was criticism from the beginning but you saw it when he landed at Inter, there were fans turning up to see him. He feels appreciated over there.

"His first touch is always something that is pointed out on Twitter and criticised but I haven't seen many bad first touches in the last few weeks.
"When he is confident he is technically very good as well. He has scored some brilliant goals this season."

Been calling for that man's firing since the collapse vs Roma
Reactions: DNB1, Valentinez A. Kaiser and Blue_London

Infamous114 said:
Been calling for that man's firing since the collapse vs Roma
Click to expand...

I need to see if you have a midfield now

Yo yall gotta make a thread for dude or something
Reactions: Hundredeyes, GNS, dontdiedontkillanyone and 5 others

Ibiza Vs Barcelona I wonder how many British players Ibiza have

Infamous114 said:
Yo yall gotta make a thread for dude or something
Click to expand...

But Here is the only place you can post British related things and get some logic
Reactions: Water Ur Seeds, Hundredeyes, DNB1 and 2 others

Good drop. Getting a better understanding.
Sounds like the new New York youngsters are influence by grime. Popsmoke “welcome to the party”.

But Here is the only place you can post British related things and get some logic
Click to expand...

There's a Reggeton thread on this forum. Yall just wanna stay in yall lil bubble in this thread
Reactions: GNS, Hundredeyes, DNB1 and 2 others

Infamous114 said:
There's a Reggeton thread on this forum. Yall just wanna stay in yall lil bubble in this thread
Click to expand...

@Englishdude Sunday Chelsea ladies play arsenal and on Tuesday it's the men could be a very dark week for you Gooners
Reactions: Englishdude

Smh Woodsy didn’t get the job

Jacqui Oatley is underrated. Congrats to her getting the job.