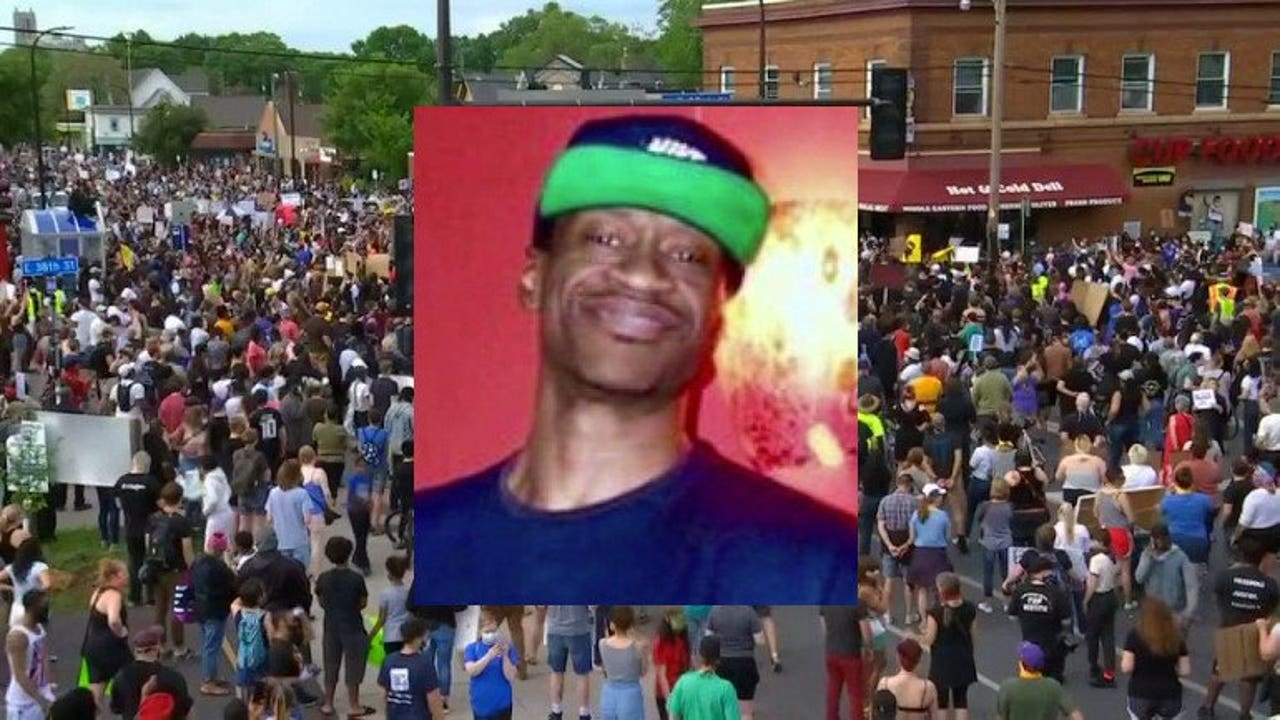 MINNEAPOLIS — An African American man has died in Minneapolis police custody after video shared online from a bystander showed an officer kneeling on his neck during his arrest as he pleaded that he couldn’t breathe.

His death, which occurred Monday night after a struggle with police officers, was under investigation Tuesday by the FBI and state agents.

Officers were called about 8 p.m. Monday to investigate a report of a forgery at a business, according to police spokesman John Elder. Police found the man, believed to be in his 40s, matching the suspect’s description in his car.

“He was ordered to step from his car. After he got out, he physically resisted officers,” Elder said in a statement. “Officers were able to get the suspect into handcuffs and noted he appeared to be suffering medical distress.”

The man, who was not identified, was taken by ambulance to Hennepin County Medical Center where he died a short time later, police said.

The Minnesota Bureau of Criminal Apprehension has joined the FBI in its investigation. All body camera footage has been turned over to the BCA, which investigates most police shootings and in-custody deaths. The officers involved have been put on paid administrative leave, per department protocol.

Nekima Levy-Armstrong, a prominent local activist, said watching the footage made her “sick to her stomach” and called the incident another example of police brutality toward African American men, the Star Tribune reported.

“Whatever the man may have done should not have ended in a death sentence,” she said. “What started as an alleged economic incident once again turned deadly for a black man.”

Levy-Armstrong said the incident reminded her of the Eric Garner case. He was an unarmed New York man who died in 2014 after he was placed in a chokehold by police and pleaded for his life saying he couldn’t breathe. A grand jury later decided against indicting the officers involved, sparking protests around the country.
Click to expand...

Just saw the article smh. Wtf do you need your knee on somebody neck if you don’t have intent to to kill? Everytime I see that smh
Reactions: MallyG, Peace_79, ChicagoFigure and 7 others

shit got me hot
Reactions: Mister B., bootcheese3000, MallyG and 10 others

He’s already in cuffs. What’s the need for the knee on the neck smh. So fucking foul
Last edited: May 26, 2020
Reactions: MallyG, Peace_79, Ironman and 12 others

thing is......how would anyone react to having a grown mans weight on your neck?

and the moment you begin to move you resisting arrest and now they fell they have a reason.

its all fucking a setup to do what they want.
Reactions: bootcheese3000, MallyG, Peace_79 and 8 others

We witnessed another lynching. Smh. Only one solution at this point...
Reactions: MallyG, Ironman, Scribbledabble and 8 others

Everyday I pray that I hit me a opp

Let's see how hard Ilhan Omar goes over this because this happened in her congressional district.
Reactions: bootcheese3000, Ironman, SKPJR and 6 others

I'm pretty sure this one going down.
That was as clear cut as you get. Dude literally faded away and he kept his knee on his neck even after dude was gone.

Shit should be easy.
Reactions: Ironman, Hiram, #1hiphopjunki3 and 2 others

This shit here man is beyond fucked up.
I'm at a loss of words right now
Reactions: bootcheese3000, Peace_79, Ironman and 5 others

White and Asian cop on the scene

Shit is disgusting
Reactions: MallyG, Peace_79, Ironman and 5 others

"He shouldn't have broken the law"

police terror is hate crime.. it cant be classified as one but fundamentally it is..

i long for the day where one of these offenders gets blasted on video and the video captures the events showing it to be justified
Reactions: Swiffness!, Ironman, Whis Khalifa and 10 others

I’m so tired of seeing these videos and hearing these stories.

This is sick. Rip to this young man.
Reactions: bootcheese3000, MallyG, Sion and 8 others

I'm glad we got video because other wise.... crazy that we had a thread talking about we dont need video

The brother was absolutely right, the race soldier was enjoying killing dude. His body language said so
Reactions: Ironman, Cain, Marc123 and 1 other person

You see that cowardly chink pig standing idly by. He would commit Seppuku before checking the white cop to prevent a murder. Now he's on leave too

Playmaker88 said:
Since im free to say what i want here and not on twitter fuck him and his partner they deserve to die

police terror is hate crime.. it cant be classified as one but fundamentally it is..

i long for the day where one of these offenders gets blasted on video and the video captures the events showing it to mbe justified
Click to expand...

I wanna see it, but I don't wanna see them hurt or killed in response....