My mind is blown

#SophiaStewart According to Sophia Stewart, she wrote a science fiction story titled “The Third Eye” in 1983 and copyrighted it in 1984. The unpublished work includes screen treatment, illustrations, and character analyses among other things. Sophia claims... 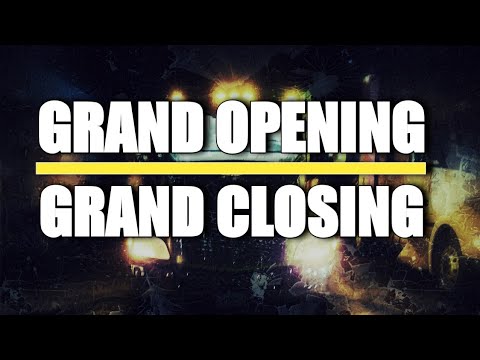 Lol, as soon as I read the Wachowski bros were 18 years and 21 years old when she supposedly sent her manuscript to their “science fiction competition”, I knew this was most likely bullshit.

They were in house-painting and construction business in the 80s. They did not get into the film business until the mid 90s.
Reactions: AP2.5

toheeb27 said:
Lol, as soon as I read the Wachowski bros were 18 years and 21 years old when she supposedly sent her manuscript to their “science fiction competition”, I knew this was most likely bullshit.

They were in house-painting and construction business in the 80s. They did not get into the film business until the mid 90s.
Click to expand...

The copyright shit threw me off as well. She basically didn't have much of anything from the 80s to support her claim.
Reactions: toheeb27

#SophiaStewart According to Sophia Stewart, she wrote a science fiction story titled “The Third Eye” in 1983 and copyrighted it in 1984. The unpublished work includes screen treatment, illustrations, and character analyses among other things. Sophia claims...

I’m not gonna lie… idk wtf this lady is talking about. I’ve only seen the first Matrix movie and barely remember it. I think I’ve seen all of The Terminator movies, but I barely remember them. But whatever she said she did, I believe her 100%

Seeing as how the 4th matrix was an incoherent mess...

Then again she could be one of them crazy chicks that we all knew in school that claimed to be pregnant off of gettin fingered
Reactions: King Freeman, AP2.5, rip.dilla and 1 other person

One city as the backdrop (NY) ... 3 of my favourite directors of all time


Bringing Out The Dead - One of Scorsese's 'forgotten' films ... Came out at the turn of the millennium. Starring Nic Cage as a paramedic on the cusp of a mental breakdown


It was an adaptation of a novel and has the swag of Taxi Driver, cos it was written by the same guy who penned TD

Ving Rhames as one of the medics who is a Christian prayer warrior type nigga was a highlight...

The film tanked at the box office but if you're a Scorsese fan it's actually a decent movie...I saw it years ago but didn't finish it or pay real attention to it ...

Summer Of Sam - the movie with the most f-bombs in the history of cinema and the one where Spike has a majority white cast ... every now and then I go back to movies of my youth just to catch nuances and stuff I might have missed earlier

Over 2 hours long and if you're into the serial killer history or a fan of the 70's era ... Pretty decent movie

The trailers showed us colour and dance but it's actually a pretty violent movie and there was a suggestive sexual assault on a woman towards the end... They rated it PG13... I thought it should have at least had a '15' stamped on it 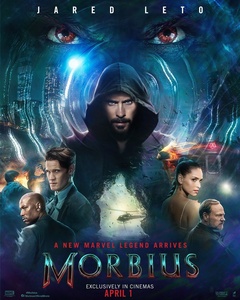 PRAISE: Morbius actually has a good start as the story about Dr. Morbius afflicted with a rare blood disorder and determined to save others from the same fate, attempts a desperate gamble. While at first it seems to be a radical success, a darkness inside of him is soon unleashed begins to play out with a good enough foundation as Morbius sets out on his noble cause. At times some of the actors talents Jared Leto, Matt Smith ,Adria Arjona and Jared Harris are able to surpass weaknesses in the script.
I actually thought the look and use of Morbius powers were pretty good and a few of the action sequences were effective.

PROBLEMS: The motivations of the villain were kind of weak. I couldn't stop laughing at a few slow motion action sequences that were beyond drawn out and cheesy. The two detectives portrayed by Tyrese Gibson and Al Madrigal were one note and then some. Just one liners ,mean mugging and staring at things in disbelief. I was shocked that so much that was in the trailers was cut from the movie.The cuts made to the movie erases character development for a couple of characters.
As for the end credit scenes if I just go by with what happened in Spider-Man No Way Home they don't make sense at all.
Even if I try to fill in the blanks with my own assumptions, guesses and what's been said across the internet its as if SONY is saying just go with it so we can have our Spider-Man villain universe over here.

All The Old Knives 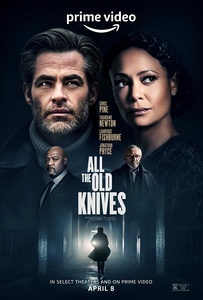 PRAISE: Olen Steinhauers story about the CIA discovering one of its agents leaked information that cost more than 100 people their lives, A veteran operative Henry Pelham is assigned to root out the mole with his former lover and colleague Celia Harrison
has a very involving start as pieces of the puzzle of a whodunit linked to terrorism are put together.
70 percent of this story wouldn't work if not for the great chemistry between Chris Pine and Thandiwe Newton. I liked the set up between the two it was kind of like a romantic interrogation of each other. The flashbacks and flashforwards really worked as the romance between the two main characters is fleshed out.The story really tries to throw the viewer off with secret phone calls and meetings and I enjoyed all of their attempts that worked a few times. There are also good turns by Laurence Fishburne,Jonathan Pryce and Nasser Memarzia. It's beautifully shot.

PROBLEMS: There are a couple of extremely predictable turns in the movie.
The movie also enters the repetitive zone several times.

PRAISE: Basically this movie is about a biker gang intent on robbing a bank in a small town and a a sheriff who is off balance due to being traumatized trying to stop them.
A few of the fight scenes were entertaining.

PROBLEMS: I think this is how this flick was made . Guy Pearce,Devon Sawa(Branscombe was probably already their having a 4th plate of food at a local diner)and a production crew rolled into a small town and got on loudspeakers screaming: DOES ANYONE WANT TO BE IN A MOVIE?!? WE CAN PAY A SMALL FEE AND WE WILL TAKE UP 2 DAYS OF YOUR TIME.
The acting is horrible and then some. I could tell Pearce was struggling with the townspeople amateurs except for the lady who plays a tough bartender who looks like she stays in the gym.
The gun play is ridiculous as people shoot machine guns ,miss their targets and seemingly only one bullet is launched even though there are rapid fire shots. I usually love one person against 20 movies like this but the execution is so boring I started counting how many times Sawas character Diablo mean mugged someone. PRAISE: In Tomasz Klimala and Cyprian T. Olenck's Furioza a story about A policewoman making her ex-boyfriend an offer he can't refuse: Either he infiltrates and informs on a gang of hooligans or his brother goes to jail
gangs,soccer hooligans,cops,a romance ,drug deals and betrayal all come together in a movie that is
far more gripping than I thought it would be. There is brutal violence but it's not to over the top I felt it was rightly placed in parts of the film. It's well and believably acted by the entire cast including : Mateusz Banasiuk, Weronika Ksiazkiewicz, Lukasz Simlat, Mateusz Damiecki, Wojciech Zielinski, Szymon Bobrowski, Janusz Chabior and Paulina Galazka . Ksiazkiewicz is like a far more talented version of Ruby Rose.There are plenty of colorful characters that bring some light humor to the heaviness of the film.
There is a running theme in this movie that I've probably seen in about 100 films and TV shows by now but it's still very effective.
It's on Netflix and its probably best to watch it without the dubbing

PROBLEMS: One thread in the story was very predictable. The movie is about 15 minutes to long. The film attempts to make things more complicated than they need to be. 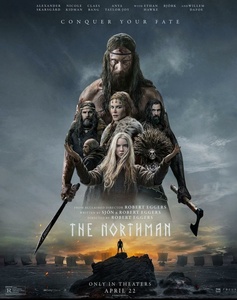 PRAISE: Part Spartacus, Shakespeare, and Braveheart Gesta Danorum's story about Prince Amleth who's his father is brutally murdered by his uncle, who kidnaps the boy's mother. Two decades later, Amleth is now a Viking who raids Slavic villages. He soon meets a seeress who reminds him of his vow -- save his mother, kill his uncle, avenge his father is a blood drenched and intense film. Performances by the cast including : Alexander Skarsgård, Nicole Kidman, Claes Bang, Anya Taylor-Joy, Ethan Hawke, Björk, and Willem Dafoe are lived in,stunning,mesmerizing and intense.
Kidman and Skarsgård are the standouts . When Skarsgård speaks about revenge, hate and regret it is not only etched on his face but in his voice. Kidman is a chameleon she literally can change her tone in seconds. The film displays some mysticism and the fantastical which I enjoyed.
The film is beautifully shot,the violence is intense and not for the faint of heart. There was scene that really stood out to me so dizzying it felt like when I used to get on the biggest roller-coasters.
The score is also great as the drum beats just hype up an intense scene even more.

PROBLEMS: There is a slightly predictable turn. Sometimes the movie gets caught up in its own ambition to give the audience a little bit of everything and that's when it becomes a bit garbled.

The Unbearable Weight of Massive Talent 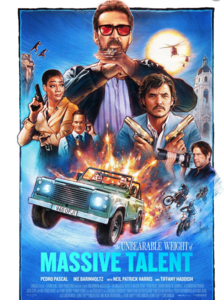 
PRAISE:.........Well sort of. Tom Gormican and Kevin Ettens story about Nick Cage accepting a $1 million offer to attend a wealthy fan's birthday party works when they let Cage be Cage, intertwine some of his own regrets in life. When he and Pedro Pascal discuss their love of film,and their real life friendship in very funny ways shine through the "characters" they portray in this movie.Looking at his own career the highs and lows and where he wants to go is very entertaining.This is self-deprecating done to a T. Tiffany Haddish and Ike Barinholtz have a few funny lines.


PROBLEMS : The whole CIA story intertwined really didnt work for me,it just felt like filler but i know they were trying to get back to that old school action comedy genre but by the time it was playing out i was done with it 30 minutes before that. Some scenes are ULTRA predictable it is literally almost spelled out about what's coming next. 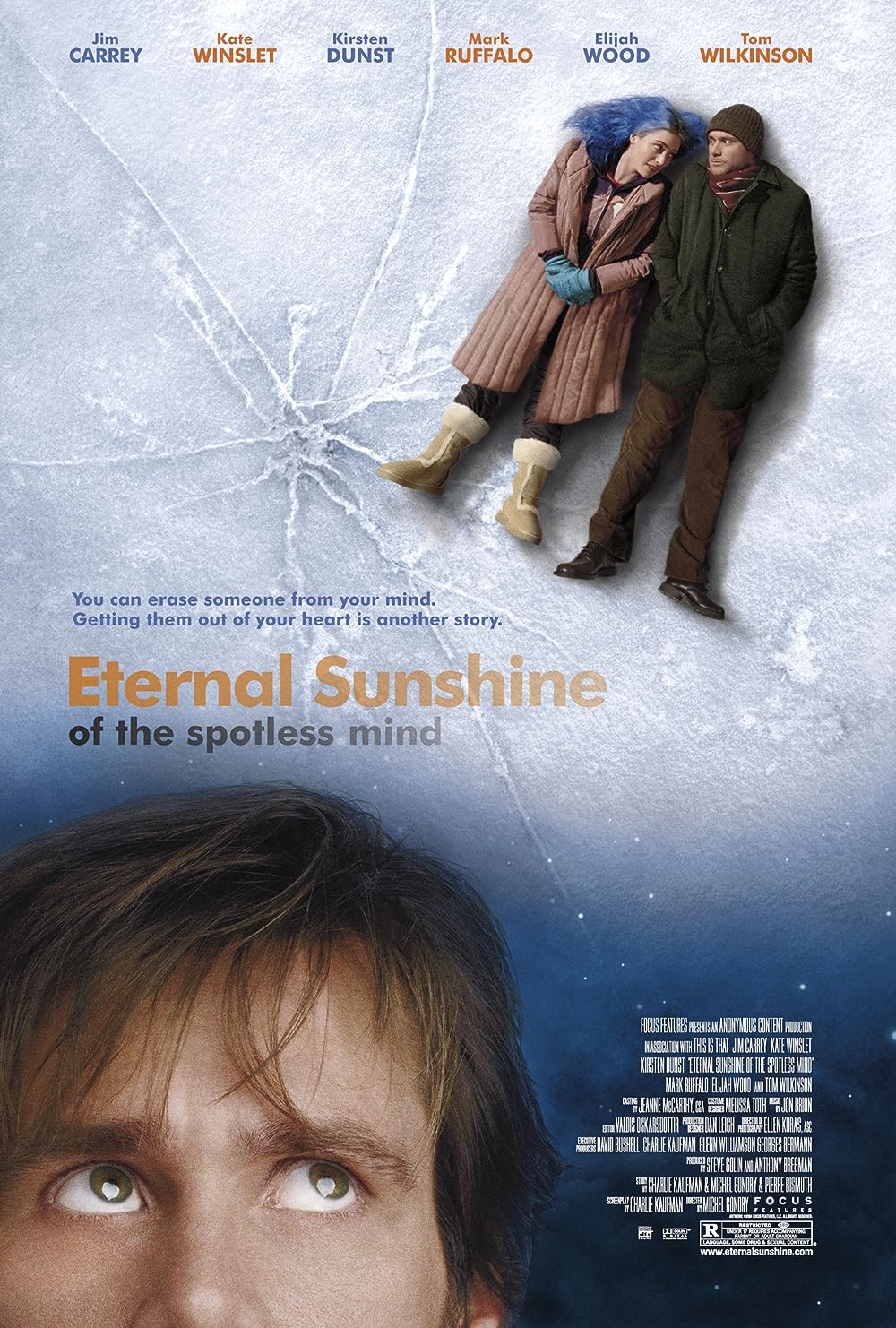 I revisited this again and watched it fully over the past couple of days...


It's a fine romantic drama/comedy ... If you're into metaphysical components on screen


Scripted by Charlie Kaufman who is the go to guy in Hollywood for penning scripts based on human memory and thought... Hell of an effort by the production designers


Scored by Jon Brion, immediately I heard the first notes of the music... I just remembered that Jay Electronica made an album out of the film's music

Started watching The Hateful 8 and after 10 niggers I'm out, fuck this shit
Reactions: rip.dilla and King Freeman

Go n hit sumbody else with all that smoke nigga

Chi-Town B said:
Started watching The Hateful 8 and after 10 niggers I'm out, fuck this shit
Click to expand...