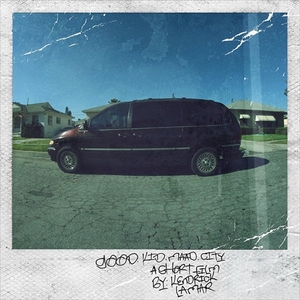 Kendrick Lamar‘s 2012 album, good kid, m.A.A.d. City just broke a major record. Chart Data notes the album has now spent 400 weeks on the Billboard 200, which makes it the only hip-hop studio album to do so.


Released in October 2012, the album marked Lamar’s major-label debut and was certified triple platinum by the Recording Industry Association of America. It earned him four Grammy nominations, including Album of the Year. It spawned his hit singles “Swimming Pools (Drank),” “Poetic Justice,” and “Bitch, Don’t Kill My Vibe.”

While good kid, m.A.A.d. City is the first traditional album to reach this milestone, it should be noted that Eminem’s Curtain Call: The Hits is fast approaching 500 frames, although it is a greatest hits compilation album.

Kendrick’s record is nevertheless a nice accolade for fans to hold on to while they wait for new music. Rumors have been swirling – spurred by the rapper’s own manager – that new music is on the way.
Reactions: dasmooth1, Word....Life, 400Degreez and 15 others

Should have deleted that needless comment about Em
Reactions: KINGEC, GOAT, figo and 2 others

What happend with kendrick tho? Is he retired?

Don Dada said:
What happend with kendrick tho? Is he retired?
Click to expand...

Reactions: Loquacious, KINGEC, GOAT and 2 others

NO album since 3 years and 3 months.

All over the place.

I love that man!!
Reactions: Goldie 🔫💰

Going on 4 years since DAMN. Shit better be another classic.

Goldie 🔫💰 said:
Going on 4 years since DAMN. Shit better be another classic.
Click to expand...

Better be a Nas feature or a Prodigy tribute
Reactions: Lord Nemesis, BDBIID, MJ DOOM and 1 other person

Don Dada said:
Better be a Nas feature or a Prodigy tribute
Click to expand...

Might be his best imo. Good mix of commercial and rappin for the culture

That's dope had no idea that shit was still somewhere up there.