The whistleblower complaint that has triggered a tense showdown between the U.S. intelligence community and Congress involves President Trump’s communications with a foreign leader, according to two former U.S. officials familiar with the matter.

Trump’s interaction with the foreign leader included a “promise” that was regarded as so troubling that it prompted an official in the U.S. intelligence community to file a formal whistleblower complaint with the inspector general for the intelligence community, said the officials, speaking on the condition of anonymity because they were not authorized to discuss the matter publicly.

It was not immediately clear which foreign leader Trump was speaking with or what he pledged to deliver, but his direct involvement in the matter has not been previously disclosed. It raises new questions about the president’s handling of sensitive information and may further strain his relationship with U.S. spy agencies. One former official said the communication was a phone call.

The White House did not respond to requests for comment. The Office of the Director of National Intelligence and a lawyer representing the whistleblower declined to comment.

Intelligence Community Inspector General Michael Atkinson determined that the complaint was credible and troubling enough to be considered a matter of “urgent concern,” a legal threshold that requires notification of congressional oversight committees.

But acting director of national intelligence Joseph Maguire has refused to share details about Trump’s alleged transgression with lawmakers, touching off a legal and political dispute that has spilled into public and prompted speculation that the spy chief is improperly protecting the president.

The dispute is expected to escalate Thursday when Atkinson is scheduled to appear before the House Intelligence Committee in a classified session closed to the public. The hearing is the latest move by committee Chairman Adam B. Schiff (D-Calif.) to compel U.S. intelligence officials to disclose the full details of the whistleblower complaint to Congress.

Maguire has agreed to testify before the committee next week, according to a statement by Schiff. He declined to comment for this story.

The inspector general “determined that this complaint is both credible and urgent,” Schiff said in the statement released Wednesday evening. “The committee places the highest importance on the protection of whistleblowers and their complaints to Congress.”

The complaint was filed with Atkinson’s office on Aug. 12, a date on which Trump was at his golf resort in New Jersey. White House records indicate that Trump had had conversations or interactions with at least five foreign leaders in the preceding five weeks.

Among them was a call with Russian President Vladimir Putin that the White House initiated on July 31. Trump also received at least two letters from North Korean leader Kim Jong Un during the summer, describing them as “beautiful” messages. In June, Trump said publicly that he was opposed to certain CIA spying operations against North Korea. Referring to a Wall Street Journal report that the agency had recruited Kim’s half-brother, Trump said, “I would tell him that would not happen under my auspices.”

Statements and letters exchanged between the offices of the DNI and the House Intelligence Committee in recent days have pointed at the White House without directly implicating the president.

Schiff has said he was told that the complaint concerned “conduct by someone outside of the Intelligence Community.” Jason Klitenic, the DNI general counsel, noted in a letter sent to congressional leaders on Tuesday that the activity at the root of the complaint “involves confidential and potentially privileged communications.”

The dispute has put Maguire, thrust into the DNI job in an acting capacity with the resignation of Daniel Coats last month, at the center of a politically perilous conflict with constitutional implications.

Schiff has demanded full disclosure of the whistleblower complaint. Maguire has defended his refusal by asserting that the subject of the complaint is beyond his jurisdiction.

Defenders of Maguire disputed that he is subverting legal requirements to protect Trump, saying that he is trapped in a legitimate legal predicament and that he has made his displeasure clear to officials at the Justice Department and White House.

After fielding the complaint on Aug. 12, Atkinson submitted it to Maguire two weeks later. By law, Maguire is required to transmit such complaints to Congress within seven days. But in this case, he refrained from doing so after turning for legal guidance to officials at the Justice Department.

In a sign of Atkinson’s discomfort with this situation, the inspector general informed the House and Senate intelligence committees of the existence of the whistleblower complaint — without revealing its substance — in early September.

Schiff responded with almost immediate indignation, firing off a letter demanding a copy of the complaint and warning that he was prepared to subpoena senior U.S. intelligence officials. The DNI has asserted that lawyers determined there was no notification requirement because the whistleblower complaint did not constitute an urgent concern that was “within the responsibility and authority” of Maguire’s office.

Legal experts said there are scenarios in which a president’s communications with a foreign leader could rise to the level of an “urgent concern” for the intelligence community, but they also noted that the president has broad authority to decide unilaterally when to classify or declassify information.

It was unclear whether the whistleblower witnessed Trump’s communication with the foreign leader or learned of it through other means. Summaries of such conversations are often distributed among White House staff, although the administration imposed new limits on this practice after Trump’s disclosures to Russian officials were revealed.
Click to expand...

I posted it in the politics thread

Pain makes me sad and angry, Joy makes me Cry

Bullshit until they said what he said..trump says stupid shit daily, no one cares anymore. This cry wolf shit that media is playing with this POS is desensitizing everyone to his level of crazy, thus it becomes a self fulfilling prophecy of people not caring and the media become incensed that no one cares. Just so they can write stories about that.
Reactions: LurkerSix, Hellczar, #1hiphopjunki3 and 2 others

Pain makes me sad and angry, Joy makes me Cry

In other words, go fuck urself, ur not about to find out what he said

So it may not have been Putin 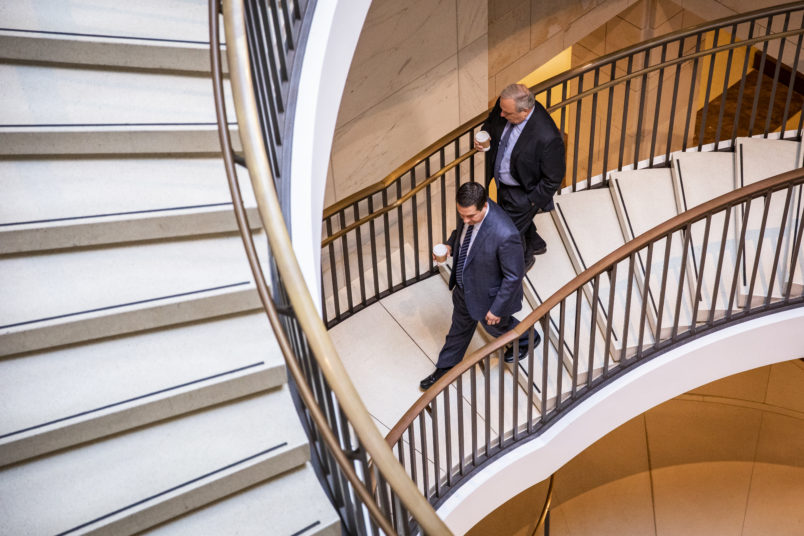 The Intelligence Community Inspector General told Congress he was being blocked from giving a whistleblower a way to securely tell...
talkingpointsmemo.com


The Intelligence Community Inspector General told Congress he was being blocked from giving a whistleblower a way to securely tell the House about allegations that reportedly deal with a promise the President made to a foreign leader, according to a newly released batch of letters.

The House Intelligence Committee released two letters on Thursday written by ICIG Michael Atkinson. The first letter — sent on Sept. 9 — discloses the existence of a whistleblower complaint while the second — sent on Sept. 17 — tells lawmakers that Atkinson has “not been authorized” to help the whistleblower disclose information, or to provide “basic information” about the complaint to Congress.

Saying the substance of the complaint “relates to one of the most significant and important of the DNI’s responsibilities to the American people,” Atkinson described in the Sept. 17 letter “disagreement” between himself, the Justice Department, and acting Director of National Intelligence Joseph Maguire.

“I have requested authorization from the Acting DNI to disclose, at the very least, the general subject matter of the Complainant’s allegations to the congressional intelligence committees,” the letter reads. “To date, however, I have not been authorized to disclose even that basic information to you, in addition to the important information provided by the Complainant that is also being kept from the congressional intelligence committees.”

By law, Maguire is required to transmit complaints that meet a standard of “urgent concern” to Congress after review by the ICIG. In this case, reporting indicates, the matter of “urgent concern” refers to an alleged “promise” that President Trump made to an unnamed foreign leader.

The acting DNI is also required to provide guidance to the whistleblower on how to securely transmit information directly to Congress upon request, in a process that goes through the ICIG.

The ICIG said that while Maguire had provided a “personal assurance” that the tipster’s identity would be protected, that wasn’t enough. Rather, Atkinson wrote, the tipster needs “the legally enforceable statutory protection previously available to whistleblowers in the Complainant’s situation.”

He said that Maguire’s position was “affecting the execution of two of my most important duties and responsibilities.”

Maguire had argued that the complaint was not a matter of “urgent concern” because it dealt with someone outside the intelligence community and focused on an activity outside the DNI’s supervision.

It’s unclear if the activities described in reporting since then — Trump promising a foreign leader something alarming enough to trigger this complaint — comport with Maguire’s argument.

In the Sept. 9 letter initially informing Congress of the matter, Atkinson noted that the DNI’s handling of the issue “does not appear to be consistent with past practice.”

Atkinson also wrote that he disagreed with the Justice Department’s “analysis of the facts” in the situation, referencing a Sept. 17 letter he sent to the DOJ outlining his position.
Click to expand...

I wonder what's going to come of this... these muhfuckas keep letting the bar get lower and lower as far as what bullshit is accepted from Trump
Reactions: Love and Breezy_Kilroy

Inori said:
I wonder what's going to come of this... these muhfuckas keep letting the bar get lower and lower as far as what bullshit is accepted from Trump
Click to expand...

Nothing will come of this. Trump is teflon
Reactions: VulcanRaven, Love and Inori