In a major step in the impeachment proceedings against President Donald Trump, the House Intelligence Committee officially voted to approve its...
talkingpointsmemo.com We Were 'Required By Law' To Turn Over Call Records To Congress, AT&T Says

Phone records provided by AT&T to the House impeachment inquiry provided some of the most concrete evidence yet of the...
talkingpointsmemo.com Bob Cusack, the editor-in-chief at the Hill, promised to publicly release a review of former columnist John Solomon’s stories about...
talkingpointsmemo.com

MIUSA said:
Trying to catch up lol how is this still going on after this

What do you think about Nunes having phone conversations with Parnas, Giuliani, etc. but never disclosing it while being an active participant in the impeachment hearings? And even now denying knowing Parnas?

Or do you just show up to throw out distractions when the shit hits the fan for Trump and his cronies? The House Judiciary Committee announced Thursday the next step in its impeachment proceedings, with a notice for a Monday hearing...
talkingpointsmemo.com
I 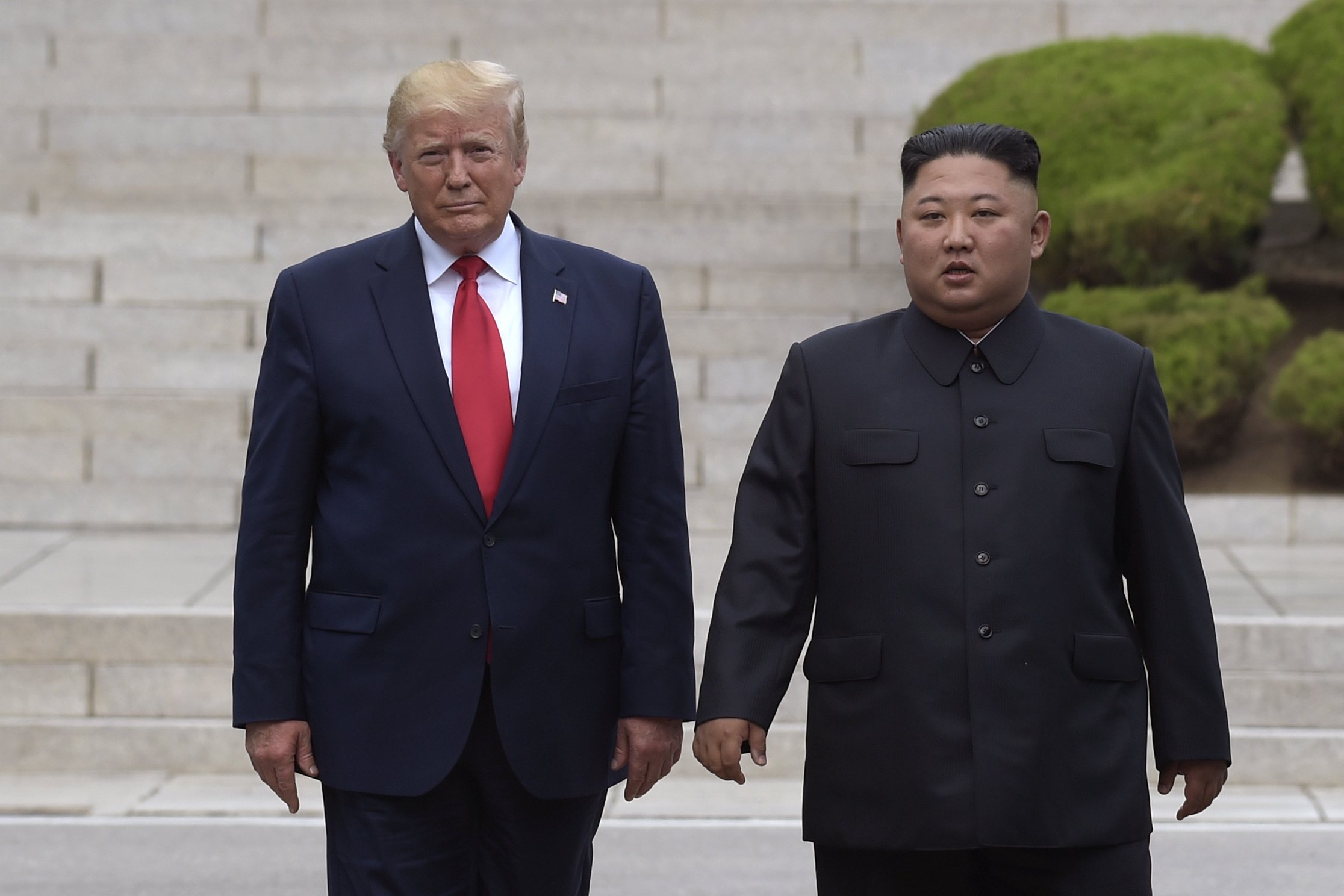 SEOUL, South Korea (AP) — North Korea threatened Thursday to resume insults of U.S. President Donald Trump and consider him a “dotard” if he keeps using provocative language, such as referring to... According to a CNN report Tuesday night, Kennedy said that has “nothing else” to say about his wishy-washy stance on whether Ukraine attempted to meddle in the 2016 U.S. election.

“There’s nothing else I’m going to say on it,”Kennedy told reporters while passing through a crowded Capitol basement to take an elevator to the Senate floor for a vote, according to CNN.

When CNN pressed Kennedy on whether that meant he won’t bring up the conspiracy theory again, the Louisiana Republican said “no” before saying that people are entitled to their opinion.

“Reasonable people can disagree,” Kennedy said, according to CNN. “I believe what I believe and some people believe otherwise and they are entitled to it.”

CNN reported that Kennedy then tried to get an elevator operator to help him escape reporters.

“Ma’am, can you help me here?” Kennedy asked the elevator operator, according to CNN. “These people are trying to kill me and hurt me the entire time that I’m dying.”

When he finally got into the “Senators Only” elevator, CNN reported that Kennedy bumped into Sen. Mitt Romney (R-UT), who disputed the DNC-Ukraine conspiracy theory just moments earlier.

According to CNN, Romney declined to criticize Kennedy after reporters pressed him to do so. When a reporter asked both Republican senators whether they were going to hash out their differences while riding up the elevator together, Kennedy replied that “Mitt said I don’t have to answer.”
Click to expand... Schiff: Trump 'Doesn't Give A Sh*t About What's Good For Our Country'

Schiff: Trump ‘Doesn’t Give A Sh*t About What’s Good For Our Country’

House Intelligence Chair Adam Schiff (D-CA) didn’t mince words when summing up his position on President Trump in an interview published by The New YorkerFriday.

When asked by New Yorker staffer Susan Glasser on what he thought had been the most memorable testimony in the impeachment hearings, Schiff brought up diplomat David Holmes overhearing EU Ambassador Gordon Sondland’s phone call with Trump where the President asked if Ukrainian President Volodymyr Zelensky would dig up dirt on his political rivals.

Schiff told Glasser that he agreed with Holmes testifying that Trump does not “give a shit about Ukraine” and that he only cares about “the big stuff.”

Schiff added that the particular detail in Holmes’ testimony summed up the impeachment case perfectly.

“That is a perfect summary of this whole scheme,” Schiff said.