Do Black men and white women have more in common than we think?

currently a Black woman is being dragged for discussing this topic:

and there are a lot of unhappy people

i remember a similar talking point created a firestorm on twitter

TBH, I dont agree with whats being stated. Its too big of a generalization in my opinion
Reactions: 1/2, SneakDZA and King Freeman

That's probably one of the biggest jumps in logic ever. Historically, we know why black men may have a less confrontational conflict resolution style. The alternative can get us killed even in mundane situations. This chick basically took that and made a huge jump to black men and white women having more in common than black men and women. That's dumbfoundingly bad logic.
Reactions: Revolver Ocelot, ZMaKEa, Race Jones and 5 others
M

Awww they saying cause black women jealous of both of us

Why don't people just ignore dumb shit like this. She thinks just because she speaks with a particular diction that makes her intelligent

my microwave buttons are muted

Lol she dropped the take with zero evidence to back it up, pointless

“Read the book it’s all there” head ass
Reactions: OhMars, DOPE33, unspoken_respect and 7 others

I as a Black man do not have anything in common with White women.


Can't speak for other Black men...
Reactions: Revolver Ocelot, aka_og, Scandalust313 and 2 others

So she calling us bitches smh
Reactions: scalywaters and Scandalust313

this is as far as it goes. 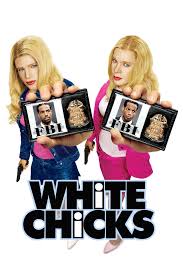 Rubato said:
Lol she dropped the take with zero evidence to back it up, pointless

“Read the book it’s all there” head ass
Click to expand...

That reminds me of someone

GNS said:
That reminds me of someone

name names and lets get this shit poppin

Smooth it out now

This shit is fucking tiresome.
Reactions: Los216, Scandalust313 and darkboy301

bUt WhAt AbOuT bLaCk On BlAcK cRiMe1!1

That means white men and black women have a lot in common then right?

5th Letter said:
That means white men and black women have a lot in common then right?
Click to expand...

They both seem to have growing animosity towards black men.