Kicking a box and screaming down the street

The ressemblance is spooky
Reactions: Bob702, MafiaMaxk, Focal Point and 10 others 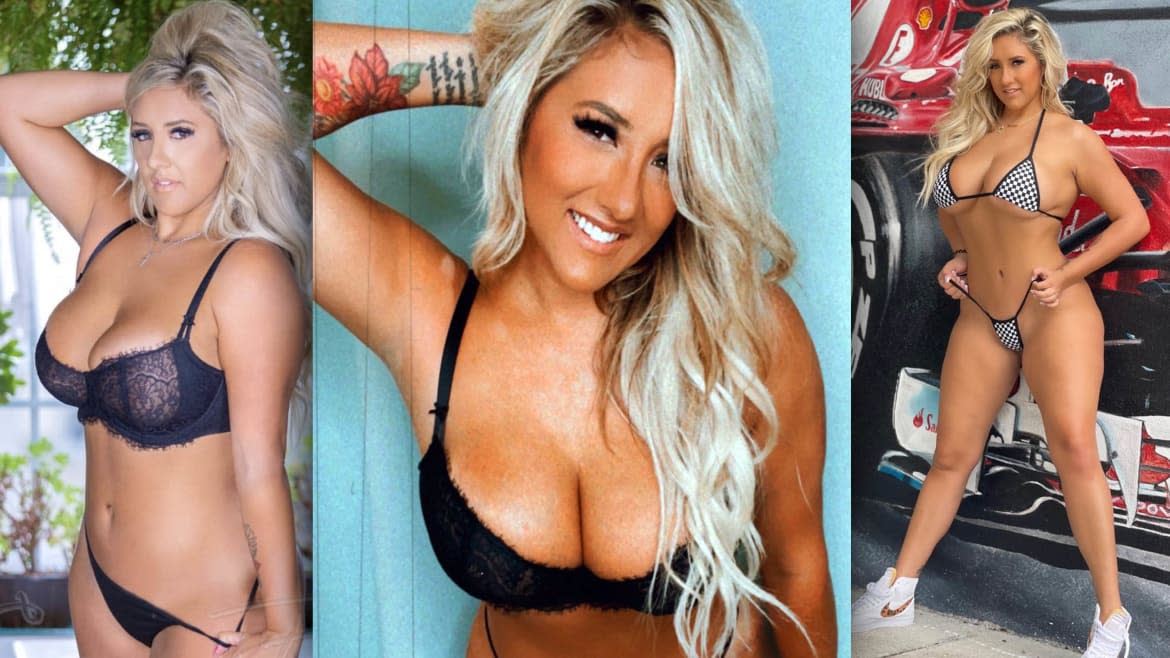 They Found Her OnlyFans and Made Her Life a Living Hell

Courtesy Sara CheekSara and Matt Cheek wanted to start over. So, in the spring of 2019, they gathered their three young kids, packed up all their earthly belongings, and moved to Lithia, a tiny suburb of Tampa, Florida. Less than a year after they’d arrived, however, things began to go south...

Courtesy Sara Cheek
Sara and Matt Cheek wanted to start over. So, in the spring of 2019, they gathered their three young kids, packed up all their earthly belongings, and moved to Lithia, a tiny suburb of Tampa, Florida. Less than a year after they’d arrived, however, things began to go south. COVID hit. Then Matt, a delivery driver, was injured, leading to reduced pay. If all that weren’t enough, a pipe burst in their house, flooding it. With their options limited, Sara, a former salon owner, turned to social media.
She’d amassed tens of thousands of Instagram followers after going viral on TikTok, and a number of them posed the same question to her: Do you have OnlyFans?

“It happened all at once,” Sara tells The Daily Beast. “At that point, I was like, I’d heard about OnlyFans and now I have all these followers trickling into my Instagram. I wonder what that’s about?”

“We were like, holy cow,” she recalls. “I was making more than my husband would make in a month at his job.” (She now makes about $30,000 a month.) “And that was around the same time that my sons and daughter started with the football organization.”

Sara and Matt’s three children—two boys, ages 4 and 6, and a 7-year-old daughter—enrolled in the Pinecrest Pilots’ Youth Football and Cheerleading program, where Matt served as one of the football coaches. The Pilots’ “vision” is: “To be viewed by all as the organization that does the right thing all the time, not because of self-interest or coaching ambitions but because we do it in the best interest of our youth and organization integrity.”

Shortly after the program began in July, Sara reached out to the Pilots’ cheerleading coach, Bree Coggins, to see if she needed any help.

“After introducing myself as the parent of my daughter, she added me on all my socials,” says Sara. “And then the whole vibe changed with the organization. I got some side-eyes and people stopped communicating with me and my husband. Then, I noticed more and more parents started following me on Instagram. And I was like, OK, everybody knows.”

It wasn’t just Coggins’ coldness that rubbed her the wrong way.

“Another one of the moms told me, hey, your daughter’s really being treated differently here,” Sara remembers. “My daughter was the flier, and they would intentionally drop her.”

That other mother, who we’ll call Amanda—she wishes to go by an alias for fear of reprisals—had a daughter in the Pilots’ cheerleading program and, even though she wasn’t friends with Sara, felt compelled to tell her about what she was witnessing.

“There was communication between her and the cheer coach until the cheer coach found out what she did—her profession,” Amanda says. “I think things went downhill from there. Her daughter started being treated differently—which I witnessed myself, and it was rough.”

One day, Sara’s daughter—who again, was only 7 at the time—came home from cheerleading practice in tears.

“She asked us, ‘What’s acne?’ and I asked her why she’d ask that. She said, ‘Because coach said I have acne and she told all the other girls to stay away from me, because it’s a contagious disease.’” [Coggins and the Pilots did not respond to requests for comment.]

Sara decided to contact Coggins and ask what was going on.

“The response I got back was so alarming,” Sara shares. “She was basically like, I’m the coach and I’ll do things the way I want. It was kind of threatening.” So, I went to the president and asked what was going on, and they said, ‘Your daughter’s off the cheer team. Don’t come back. We’ll refund your money.’”

According to Sara and Matt, the only way the Pilots would allow Sara’s daughter to stay on the team is if she signed a strict “zero-tolerance agreement” outlining how she would not be allowed to contact Coggins or anyone involved in the cheer or football squads; that she would not be permitted to attend practices; that she could not share “any negative opinions” about the Pilots’ program on social media; and that she would “apologize to Bree Coggins in person.” “Things escalated to the point where, instead of talking it out, she found out that she wasn’t allowed to go there anymore—which was surprising to me, because Sara was always there and pretty much just kept to herself,” offers Amanda. “It wasn’t just hard on them as a couple, but her kids suffered. It was terrible.”

“It was a very rough time for Sara,” explains Ivonne Bermudez, her neighbor and confidante. “How do you tell a parent that you can’t come to practice or come to the games, you know? That’s not right.”

The ban against Sara was issued on Sept. 22, 2020. The Daily Beast has viewed a copy of the “zero-tolerance agreement,” as well as text messages between Sara Cheek and Bree Coggins corroborating parts of Sara’s account.

Matt, who was still coaching the Pilots’ football team, took it all the way up to the president of the organization. “He said, ‘Look, we support our coaches, but your wife can’t be here if you want your kids to remain here. She is not allowed on the field, she is not allowed at practices, and she is not allowed to communicate with any of the coaches,” Matt recalls.

“It caused a rift between us,” Sara adds, “because Matt thought something was up and I hadn’t done anything wrong. It honestly felt like a witch-hunt, because nobody else in the organization had gone through this.”

One week after the ban, their 4-year-old son was cut from the Pilots’ football team. Sara, realizing she’d had enough, pulled their daughter from cheerleading. But Matt was still coaching their 6-year-old son in football—that is, until the first week of November, when things really came to a head.

During a game, one of the other coaches of the Pilots confronted Matt and began shoving him, exclaiming, “Your wife is a ho… this is why none of us want you here.”

“I heard that they had brought up what she did for a living, and that’s when [Matt] kind of lost his crap because that’s his wife, and it’s inappropriate and irrelevant,” Amanda attests. “That was the straw that broke the camel’s back.”

“I took my son and we left right there,” says Matt.

Even though their Pinecrest Pilots’ ordeal happened a year ago, Sara and Matt have been haunted by it ever since.

“It was such a hard thing—and so traumatizing—that we suppressed it as much as we could, and then we started thinking about it and asking, Who goes through this stuff?” asks Sara.

Sara and Matt say they’ve been refused service at their local restaurant and Sara no longer visits the grocery store, preferring to order her food online and avoid the judgmental looks. They transferred their kids over to a charter school, and the family is planning on moving out of Lithia next year.

“When I’m not working, I’m Sara Cheek. I’m a mom and I’m a wife, and that is how I should have been viewed instead of having what I do define me as a human being,” she maintains. “I was really devastated because if people knew my heart, and they had the opportunity to meet me and give me a chance, they would see that I’m someone who’s just doing everything I could to give my kids an amazing life.”
Click to expand...

trying figure out why somebody laughed at this
Reactions: Devbooks2323

Reactions: Bob702, Fiifi, willhustle and 7 others

This is a really amazing pic of her
Reactions: Twill2021 and BigJay2018


all you "why would she need to" MFs don't respond
Click to expand...

That’s exactly what she need to do

Reactions: Bob702, Fiifi, BrVeD and 5 others

Reactions: Bob702, BrVeD, Fiifi and 7 others