Speaking on Watch What Happens Live, AHS co-creator Ryan Murphy said: “Well I don’t have a title, but the season we begin shooting in June is going to be about the election that we just went through. So I think that will be interesting for a lot of people.”

It's quite a shift in approach - American Horror Story has tended towards more abstract horror themes for each of its self-contained seasons, although Season 6's Roanoke did take on a historical situation (albeit one shrouded in mystery).

Murphy said nothing more about how the show would approach adapting last year's political events into a horror narrative.
There's far more to come beyond that - AHS was recently renewed up until at least Season 9, with at least one future storyline planned to be a crossover between the show's Coven and Murder House seasons.

Idk about this shit...
Reactions: Ironman and Goldie 🔫💰

Yo where the fuck is House of Cards? Didn't last season drop in Jan last year?
Reactions: Primetime

DesiignersHypeMan said:
Yo where the fuck is House of Cards? Didn't last season drop in Jan last year?
Click to expand...

atribecalledGabi said:
It don't come out til end of may.... 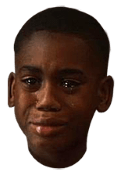 I've only seen like 2.5 eps of better call saul. It wasnt bad but i couldn't get into it....maybe I'll try it again later

I thought this was a joke...

Well the 2016 election was pretty scary. Especially the end result.

i bailed on this after the new orleans one

is this still good? or has it gotten back to being good?

AP21 said:
i bailed on this after the new orleans one

is this still good? or has it gotten back to being good?
Click to expand...

Their seasons are on and off...coven (the last one you saw) is my favorite season. The one after that (freakshow) was trash, and the last one (hotel) was good to me.

But I hear all the time of people saying they love freakshow and hate hotel so....preference I guess.

Coven was my favorite. Freaks how I couldn't get into
Reactions: shutupGabi and FakeOhMars

murder house really set the bar high for me

like, i was ready to crown this as a top 10 show of all time, but like everyone has mentioned, the flip flopping of good and bad seasons was just tew much to endure

I see everybody be into this show, I might check it out to see if it lives to the hype