Amazon and Microsoft are battling it out over a $10 billion opportunity to build the U.S. military its first “war cloud” computing system. But Amazon’s early hopes of a shock-and-awe victory may be slipping away.

Formally called the Joint Enterprise Defense Infrastructure plan, or JEDI, the military’s computing project would store and process vast amounts of classified data, allowing the Pentagon to use artificial intelligence to speed up its war planning and fighting capabilities. The Defense Department hopes to award the winner-take-all contract as soon as August. Oracle and IBM were eliminated at an earlier round of the contract competition.

But that’s only if the project isn’t derailed first. It faces a legal challenge by Oracle and growing congressional concerns about alleged Pentagon favoritism toward Amazon. Military officials hope to get started soon on what will be a decade-long business partnership they describe as vital to national security.

“This is not your grandfather’s internet,” said Daniel Goure, vice president of the Lexington Institute, a defense-oriented think tank. “You’re talking about a cloud where you can go from the Pentagon literally to the soldier on the battlefield carrying classified information.”

Amazon was considered an early favorite when the Pentagon began detailing its cloud needs in 2017, but its candidacy has been marred by an Oracle allegation that Amazon executives and the Pentagon have been overly cozy. Oracle has a final chance to make its case against Amazon — and the integrity of the government’s bidding process — in a court hearing Wednesday.

“This is really the cloud sweepstakes, which is why there are such fierce lawsuits,” said Wedbush Securities analyst Daniel Ives.

Ives said an opportunity that was a “no brainer” for Amazon a year ago now seems just as likely to go to Microsoft, which has spent the past year burnishing its credentials to meet the government’s security requirements.

For years, Amazon Web Services has been the industry leader in moving businesses and other institutions onto its cloud — a term used to describe banks of servers in remote data centers that can be accessed from almost anywhere. But Microsoft’s Azure cloud platform has been steadily catching up, as have other providers such as Google, in both corporate and government settings.

With an acronym evoking Star Wars and a price tag of up to $10 billion over the next decade, JEDI has attracted more attention than most cloud deals. A cloud strategydocument unveiled by the Defense Department last year calls for replacing the military’s “disjointed and stove-piped information systems” with a commercial cloud service “that will empower the warfighter with data and is critical to maintaining our military’s technological advantage.” 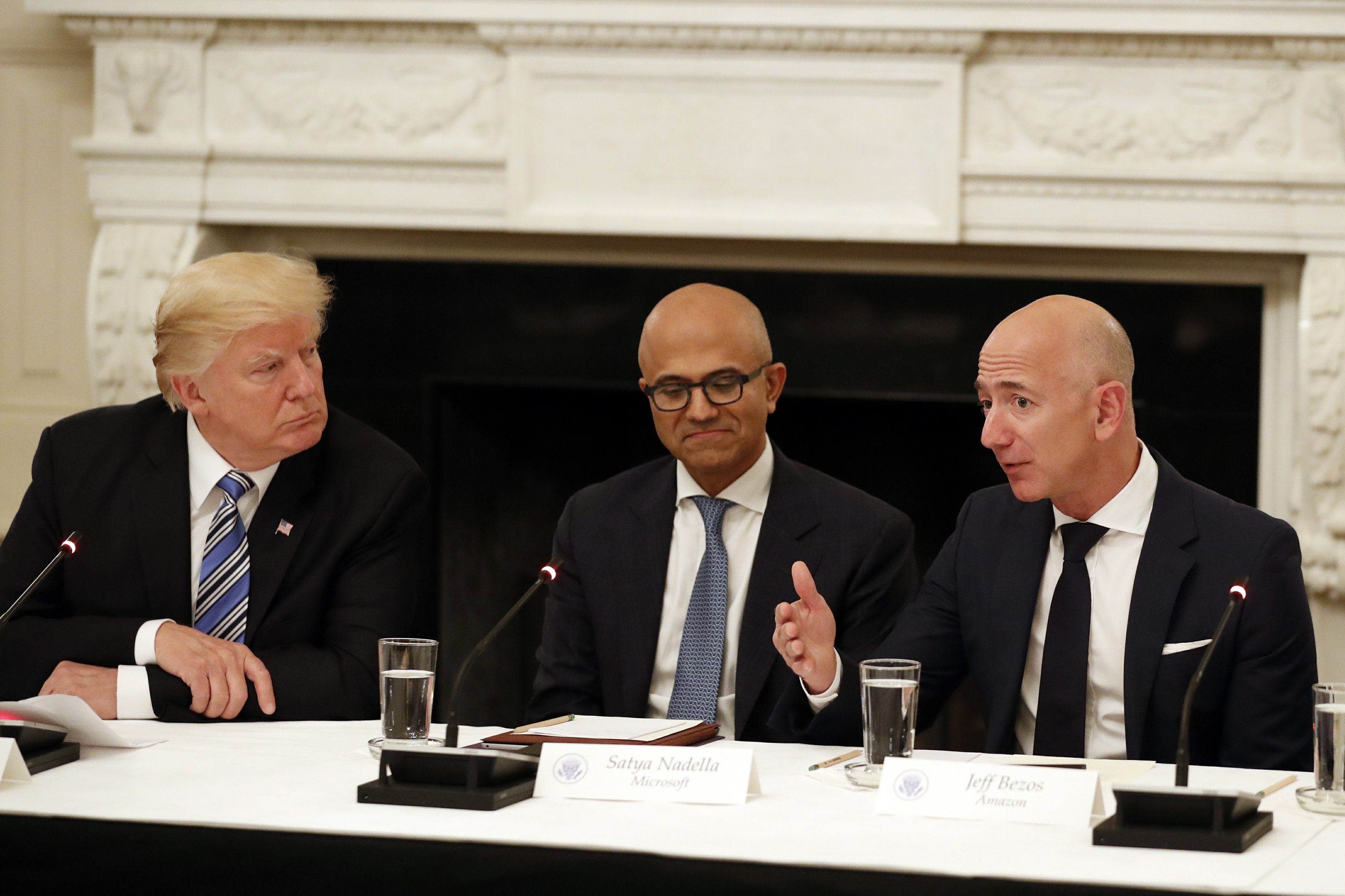 Amazon and Microsoft are battling it out over a $10 billion opportunity to build the U.S. military its first "war cloud" computing system. But Amazon's early hopes of a shock-and-awe victory may...

It's been here for a minute bruh.
Reactions: deadeye and #1hiphopjunki3

konceptjones said:
It's been here for a minute bruh.
Click to expand...